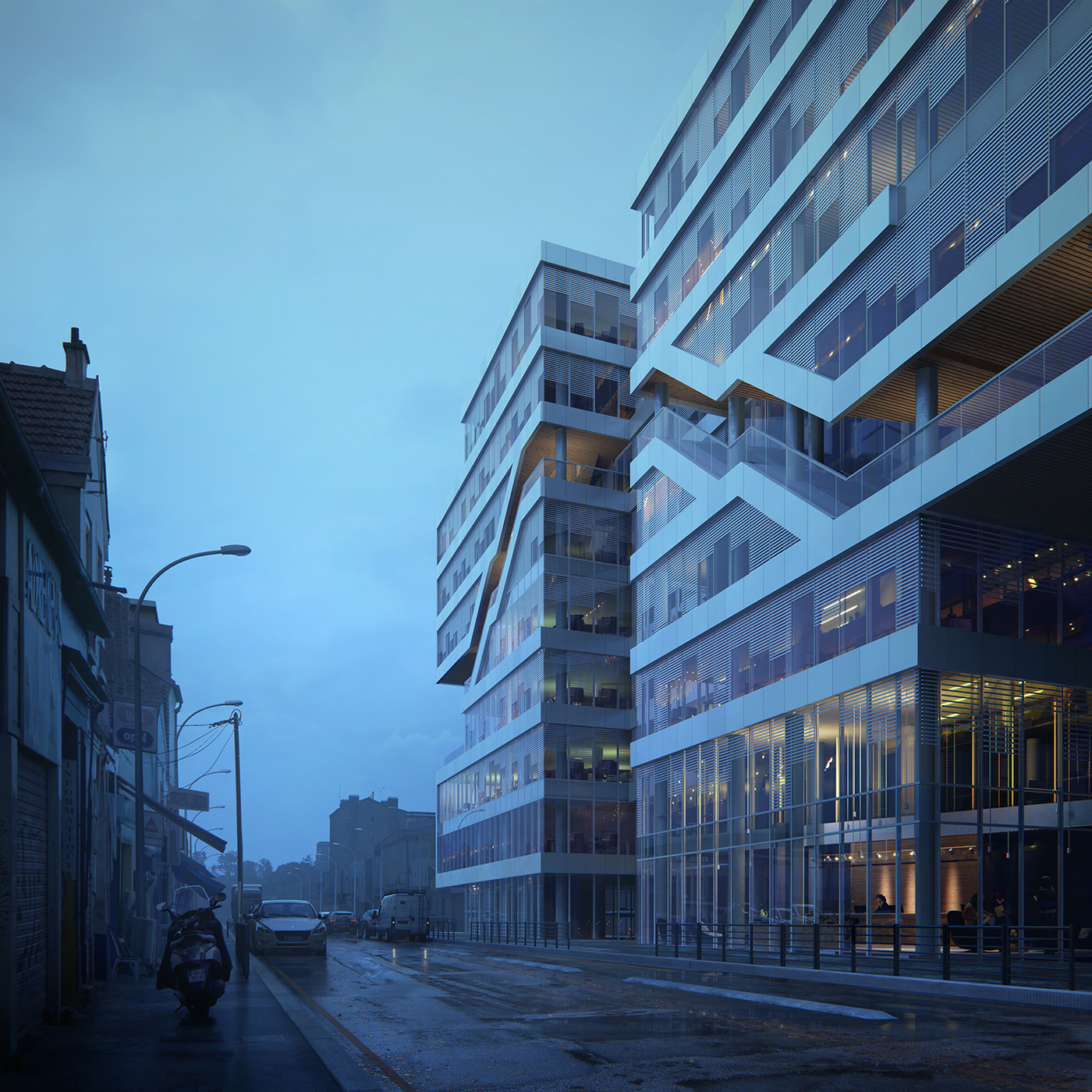 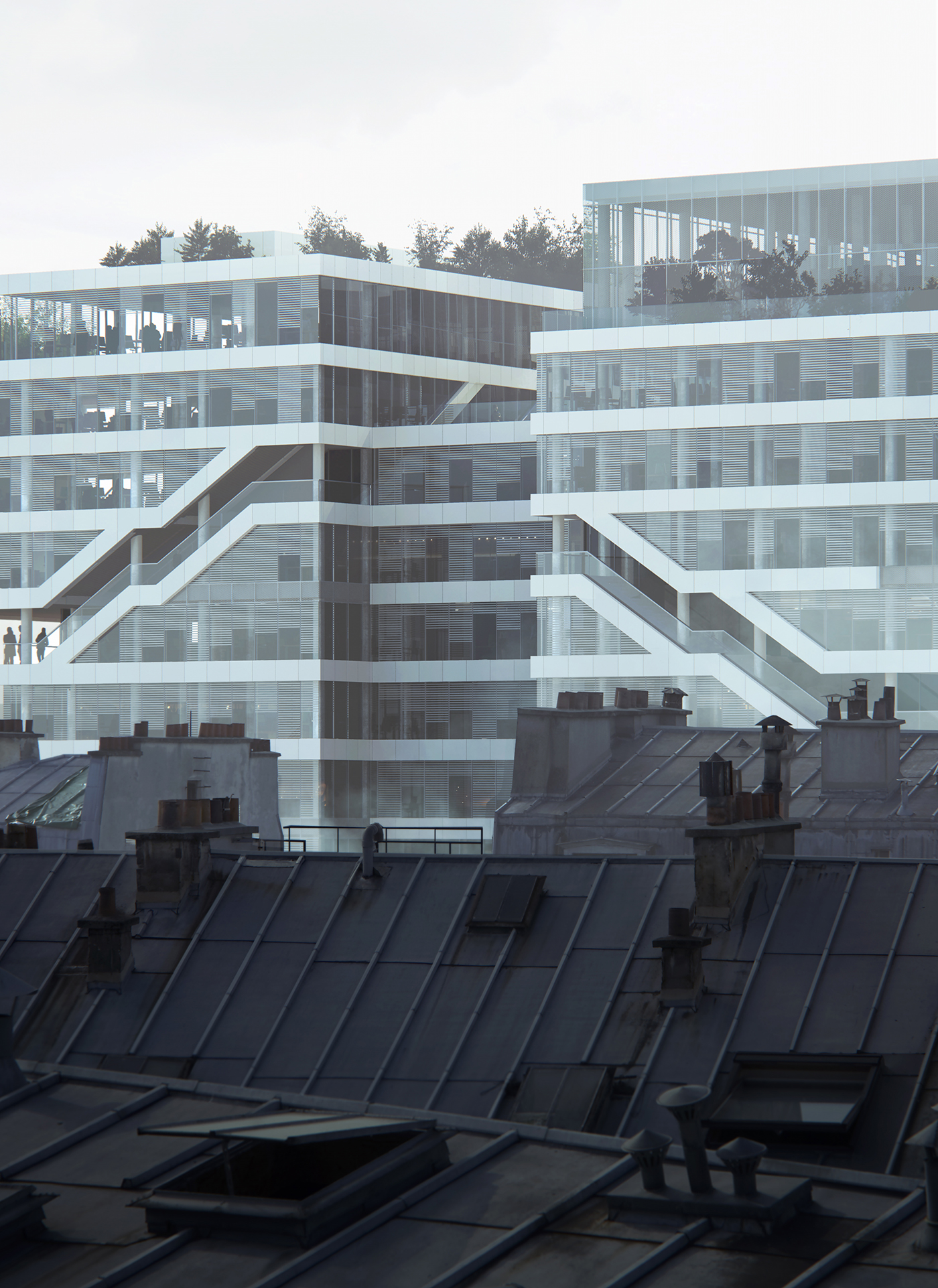 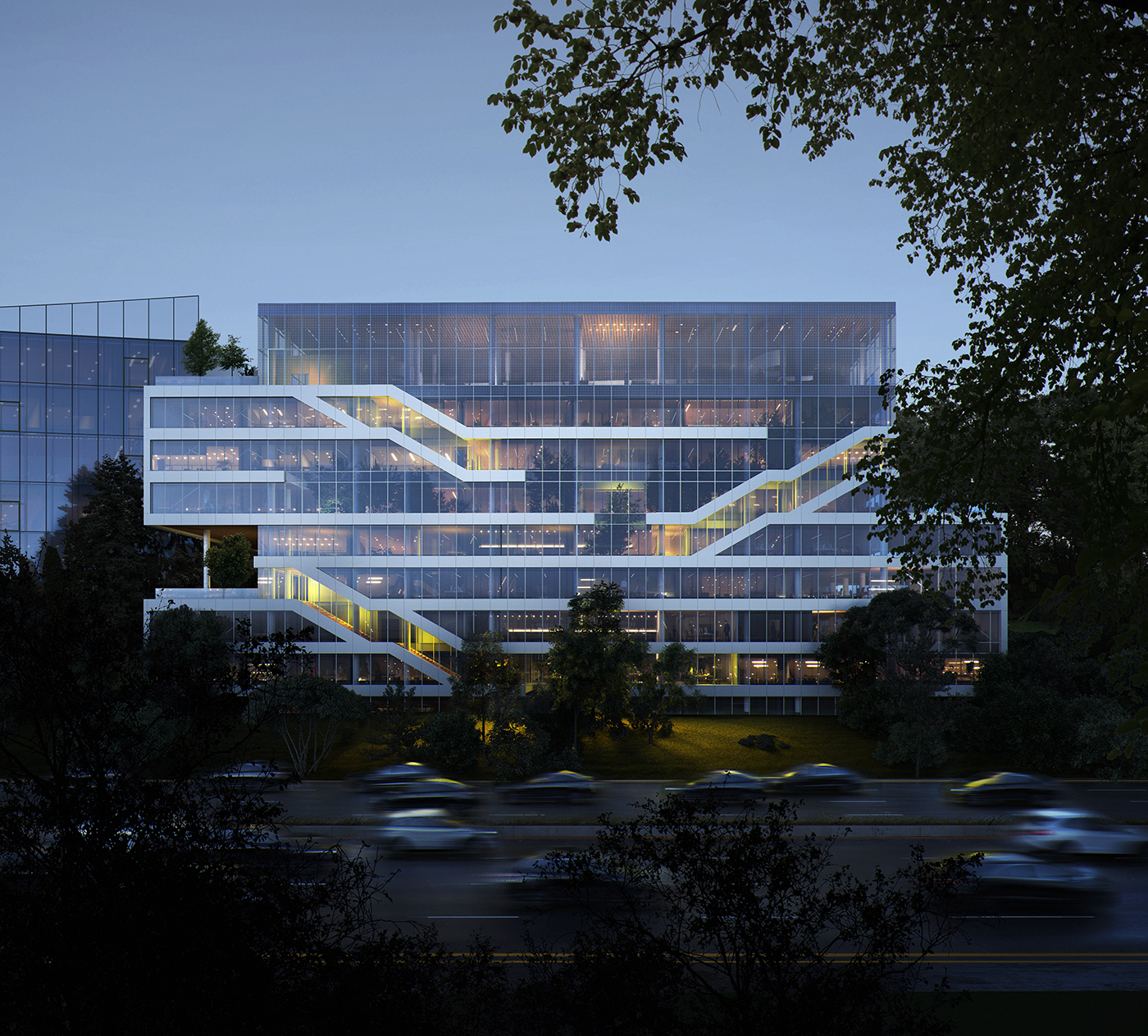 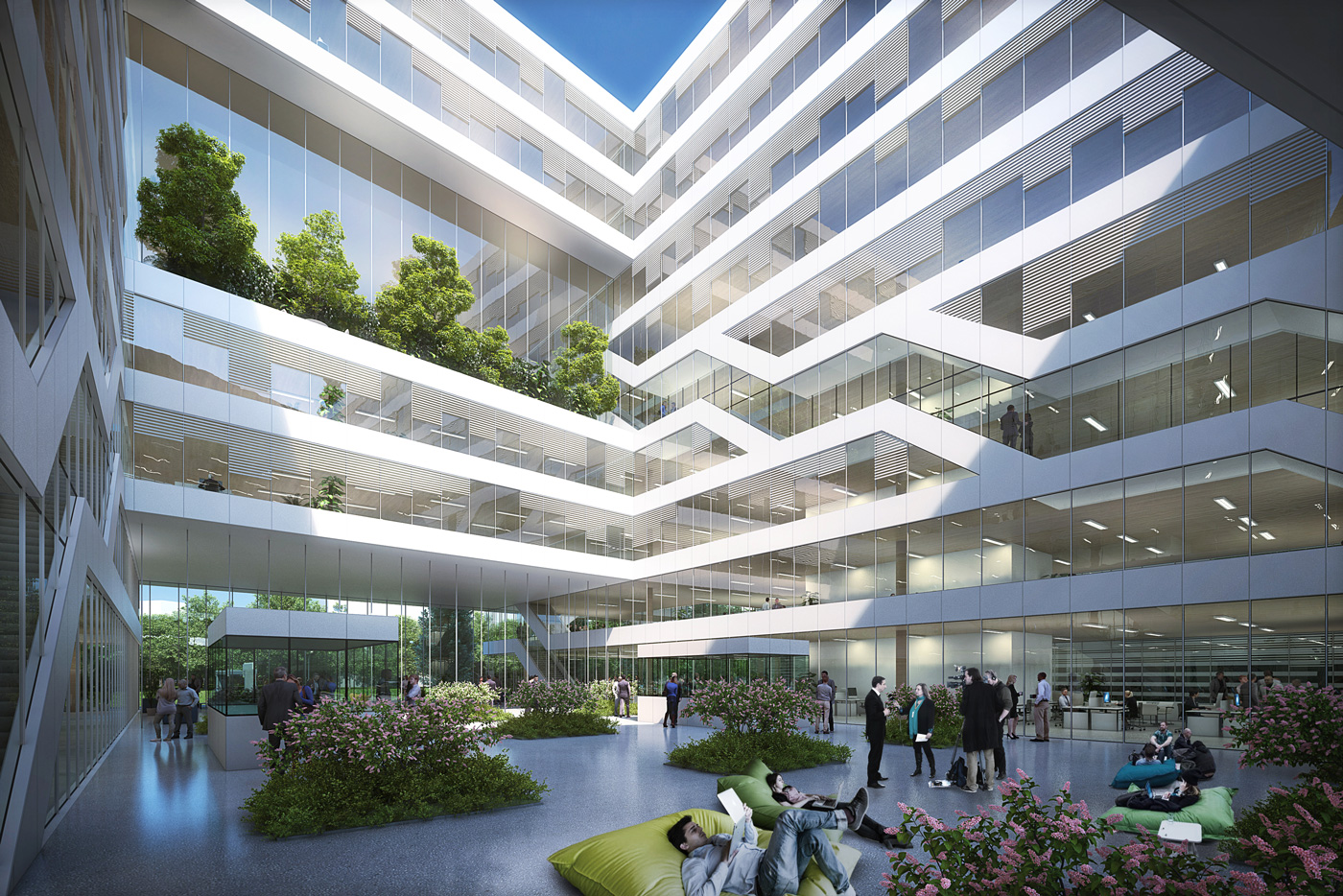 Out beyond the impassable compounds and the screens between Paris and its suburbs, on a balcony on the Parisian ring road, just before the Mercuriales, the new offices of the Porte de Bagnolet turn towards the capital and Greater Paris and show the link between these two territories through the void connecting them. The long glazed façade with horizontal lines and diagonals follows the peripheral boulevard and creates a new urban signal for the Porte de Bagnolet as much as it shields against the nuisance of the boulevard for its employees and the inhabitants of Bagnolet.

The stairs are clearly visible on the façade, slanting alone the vertical lines of the building. Sometimes exterior, this circulation becomes a vantage point from which to view the city, and creates relaxing spaces that connect the different floors. The terraces create a kind of double-skin on the peripheral boulevard side and the central garden brings freshness into the very urban space. At the heart of the U of the building is a central space open to the public space of the city, and becomes a privileged place for encounters or strolls, for a lunch break or just the time to chat between colleagues. The offices thereby become a space of everyday life, a place open to their neighborhood and the city that welcomes them, where employees and neighbors meet.

Offices, with ground floor retail open to the public