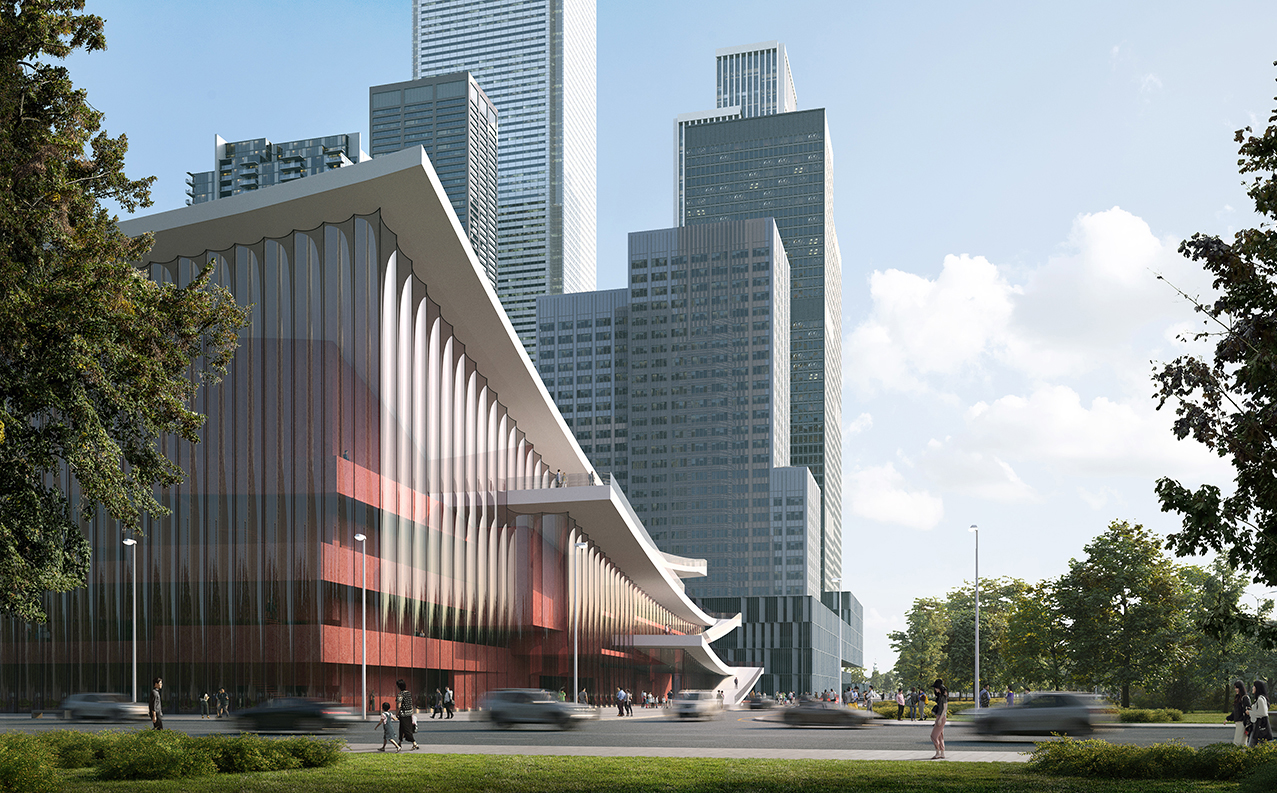 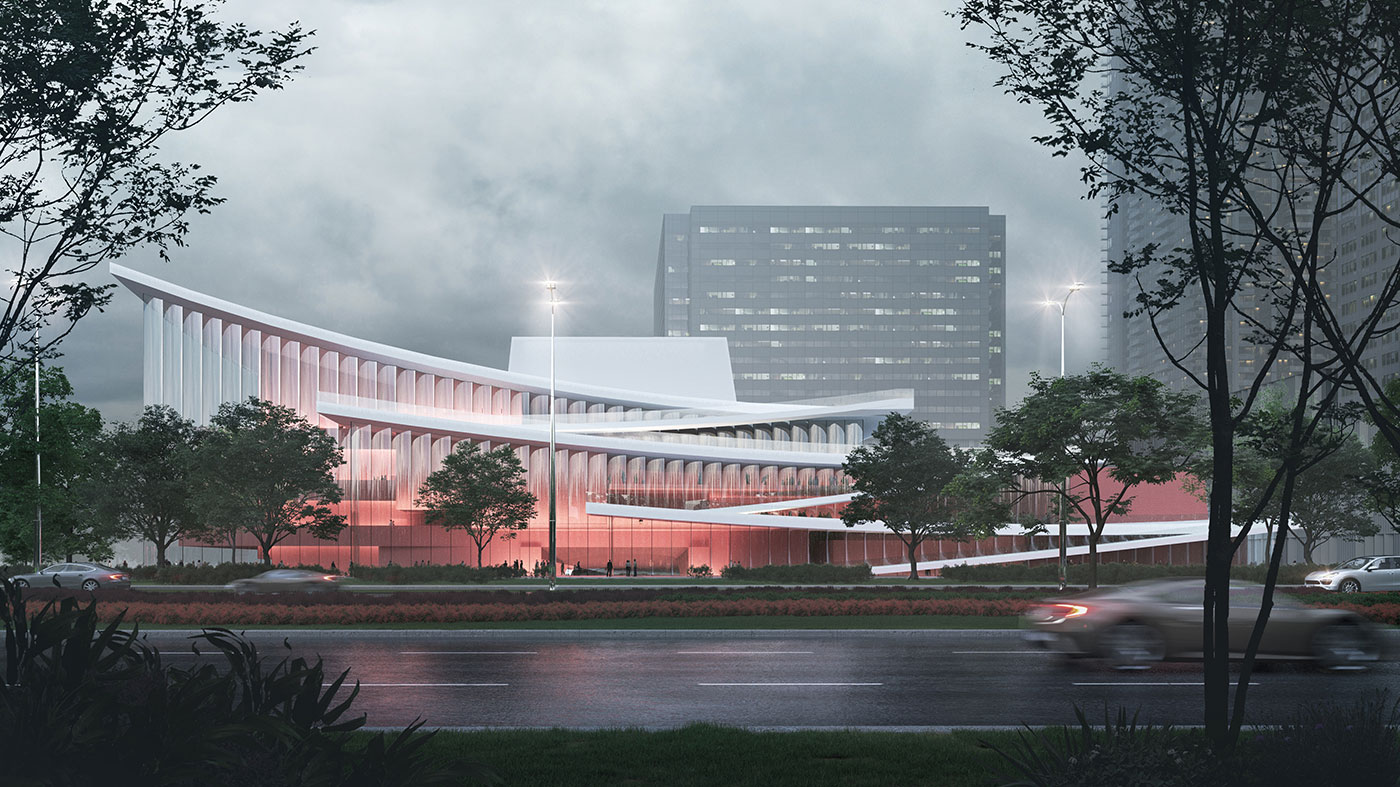 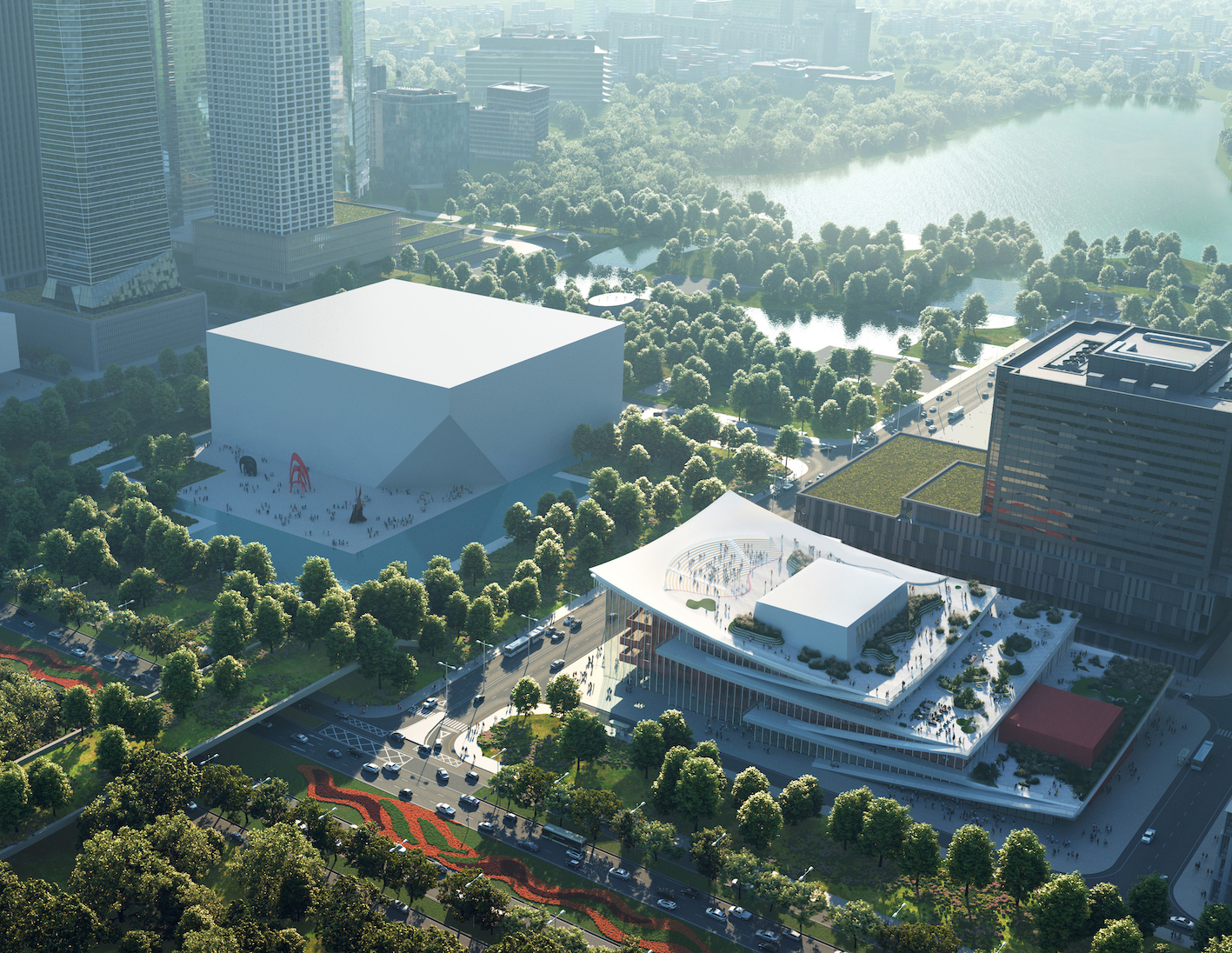 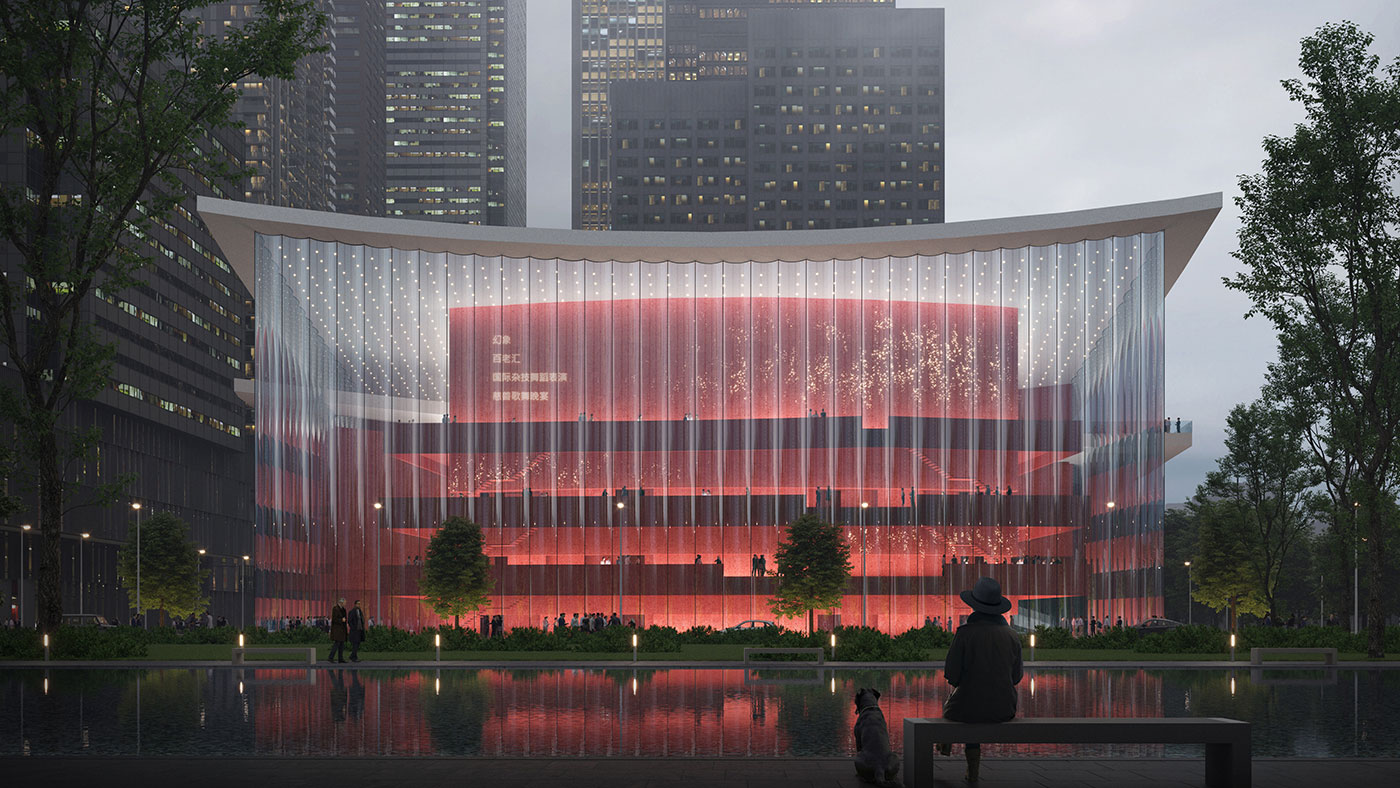 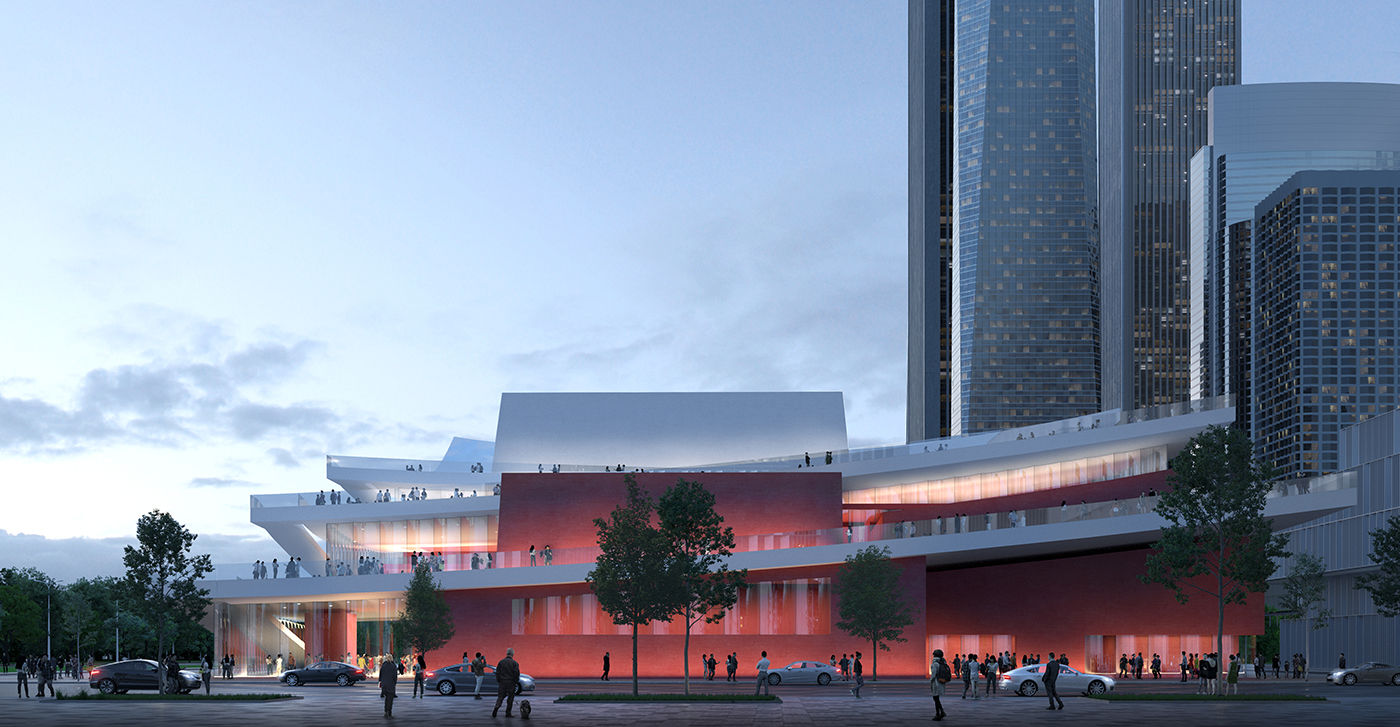 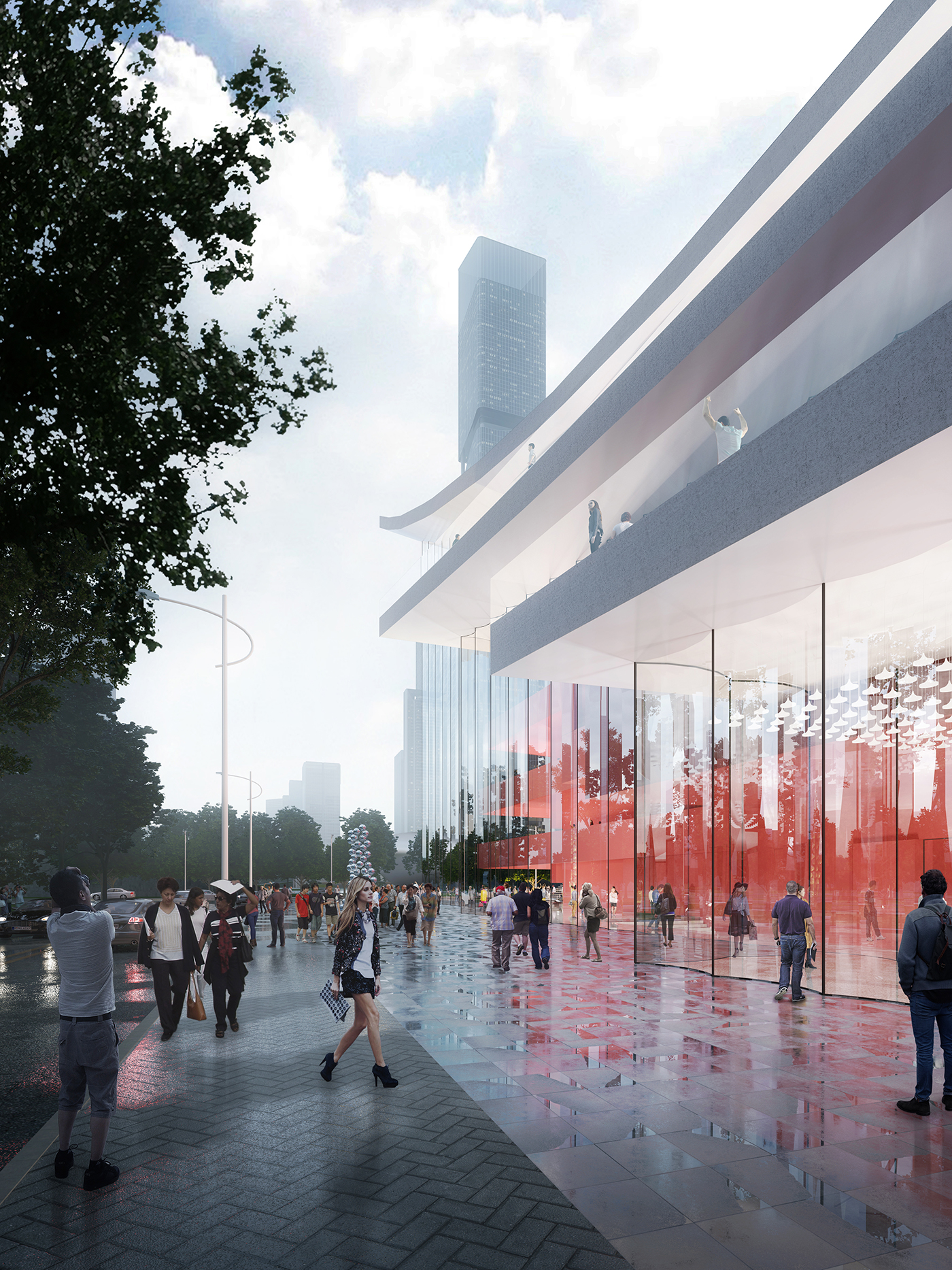 The International Performance Center bears the important mission of showing the new face of Shenzhen cultural scene, and to participate in the creation of the new identity and spirit of Xiangminghu. The International Performance Center, is composed of a large theatre of 2000 seats (Dream Theatre) and a 1000-seat concert hall (Starry Sky Concert Hall). Different from traditional theaters, today’s performing arts buildings should bring more performance possibilities to the public. Therefore, the definition of the stage should not be limited, it should jump out of a framed box.

The whole building is arranged in an east-west direction along Shennan Avenue, and the Dream Theater and the Starry Sky Concert Hall are horizontally connected in this direction. This east-west layout makes the Dream Theater and the Concert Hall not interfere with each other, and have a shared space. The docking of the stage allows the two halls to be connected to form a super theater when the shared aisle is opened. Three successive roofs delicately cover the performances halls becoming a series of public plazas offering a unique landscape and outdoor spaces. The roof elements serve to extend the public spaces above the building.