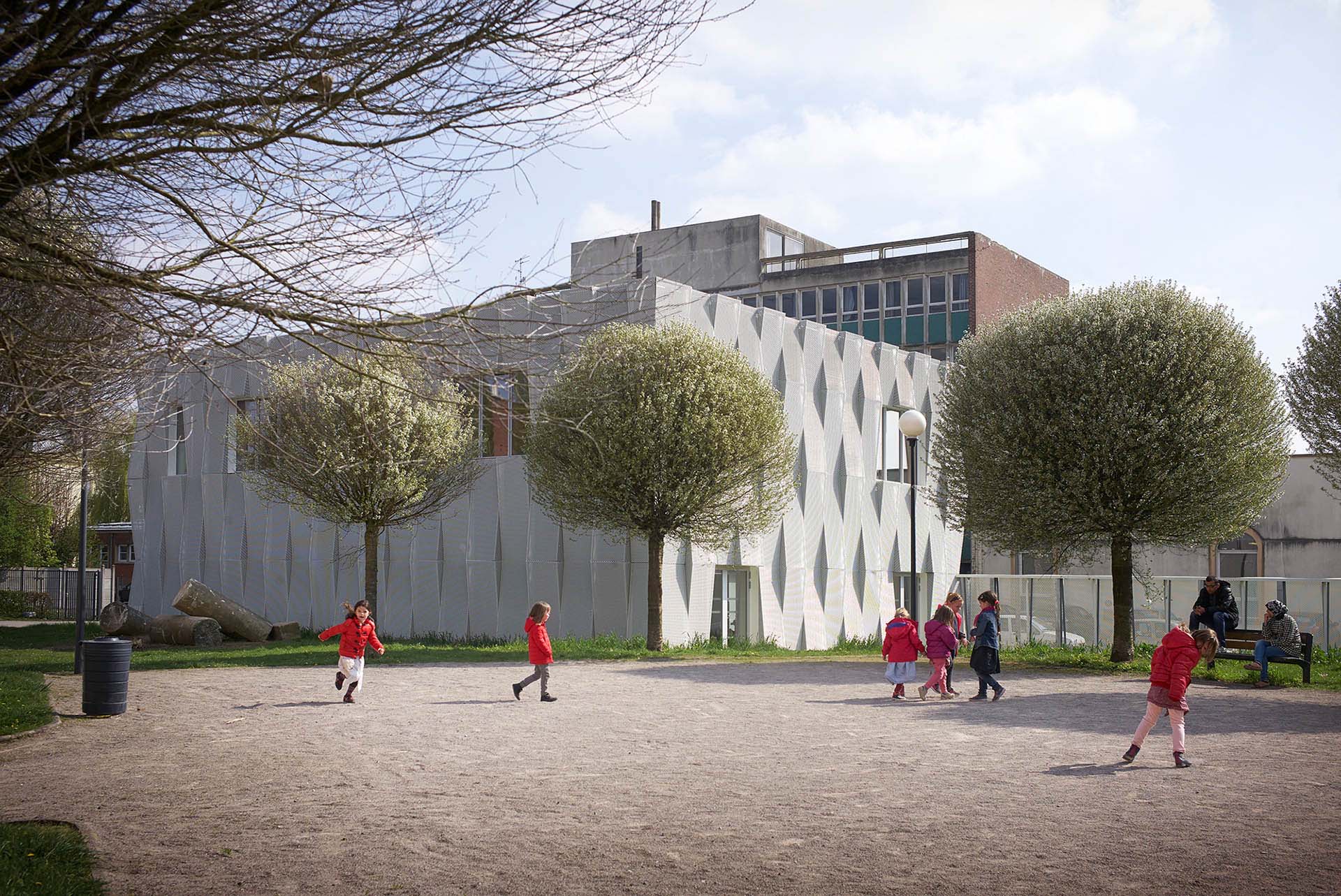 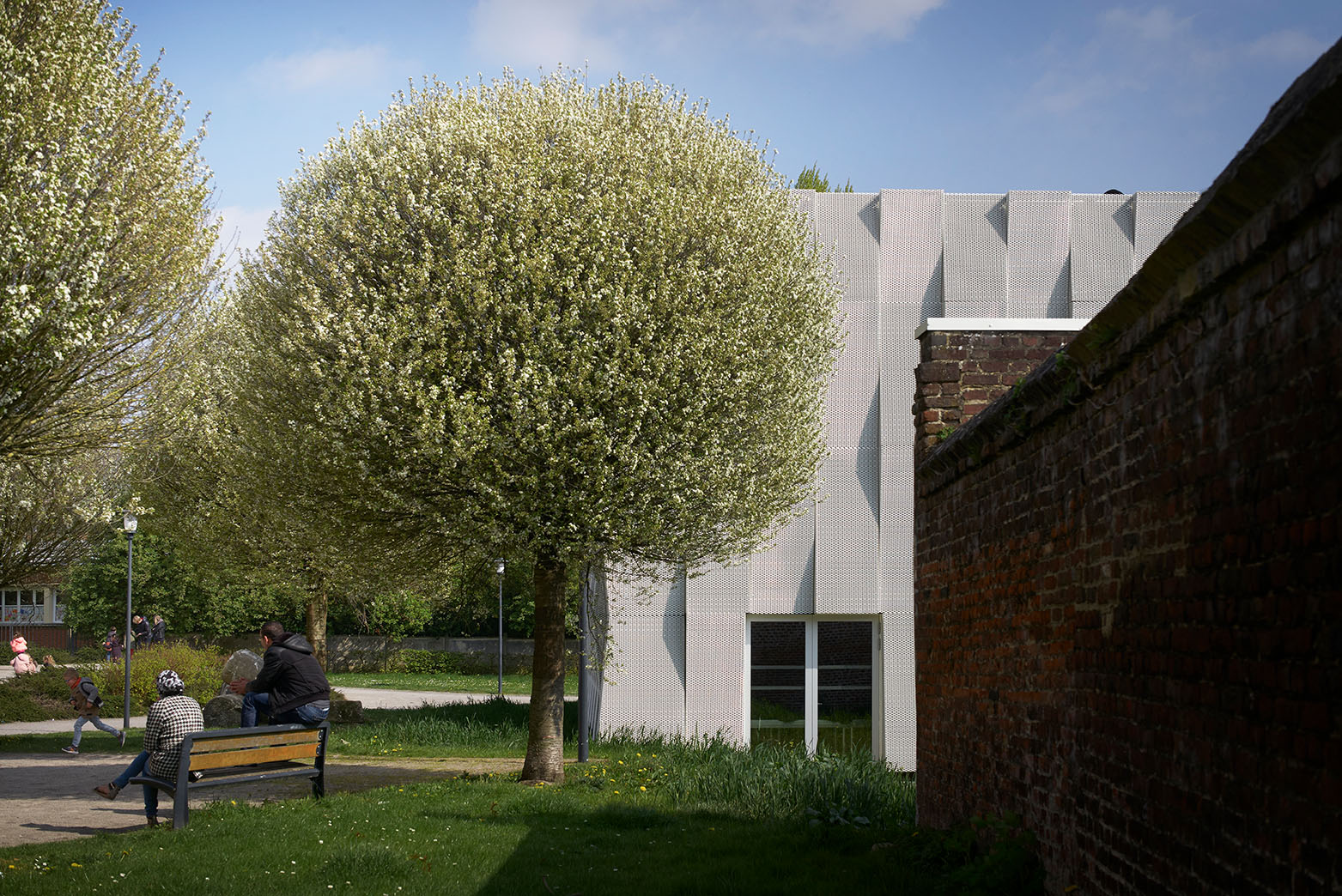 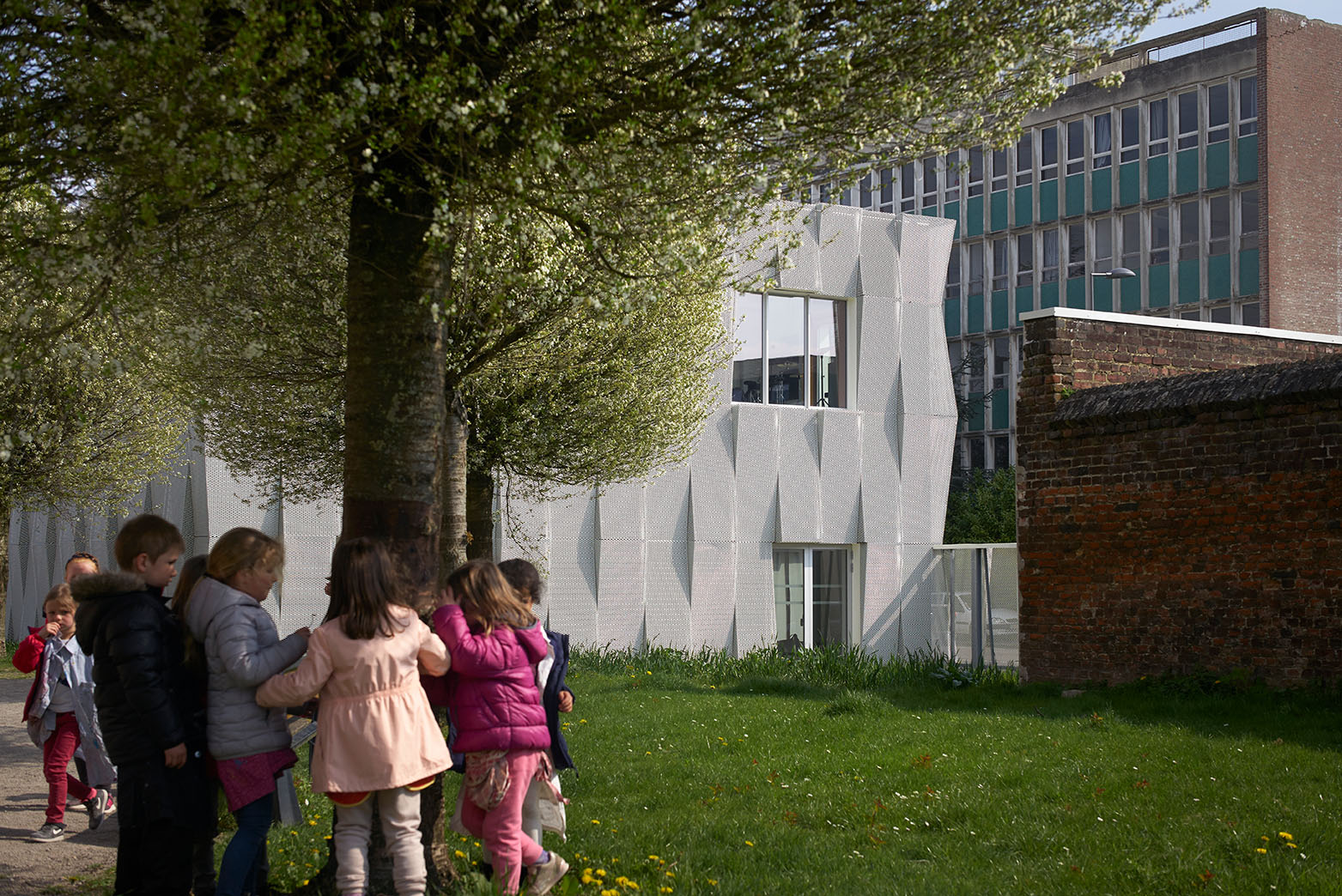 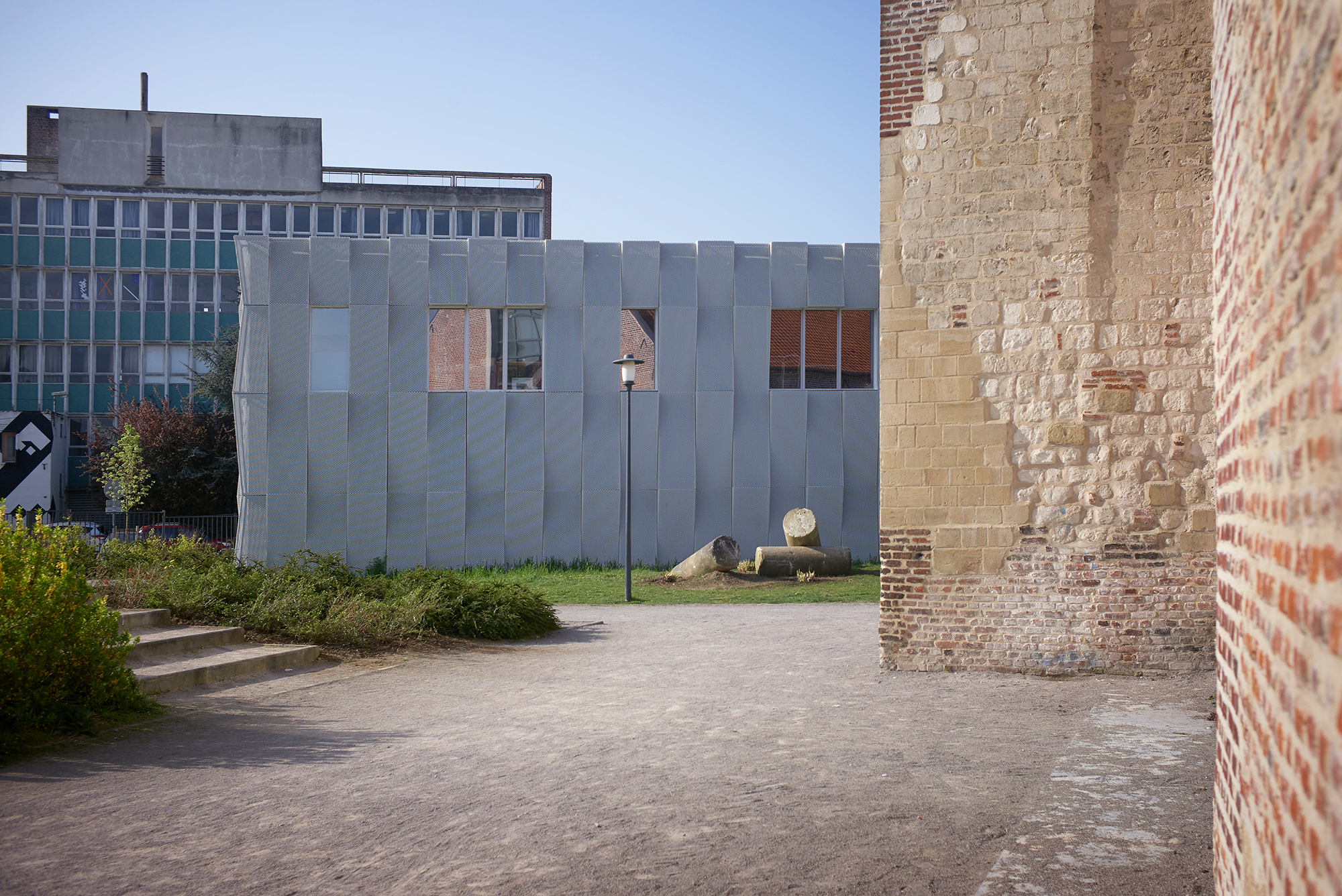 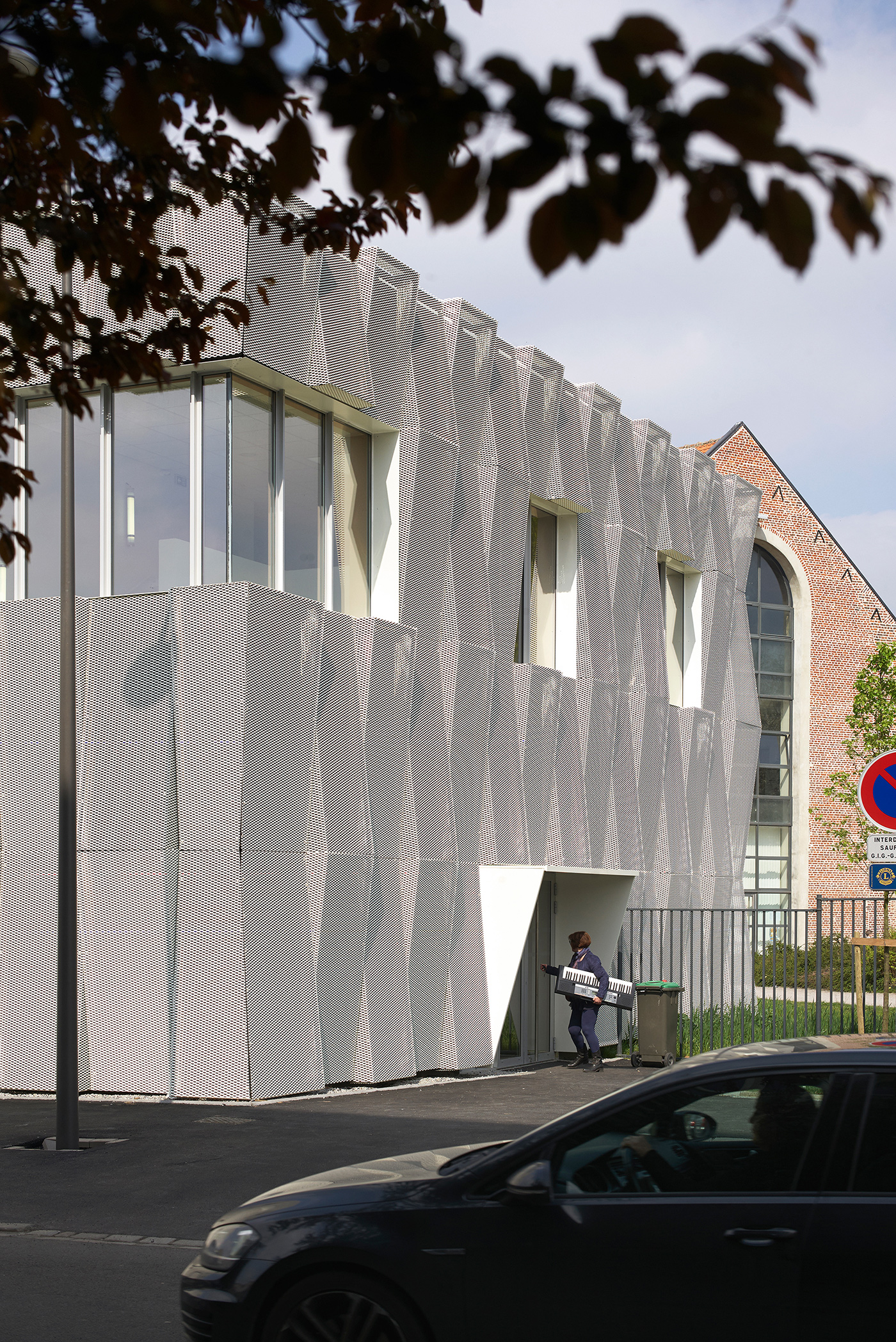 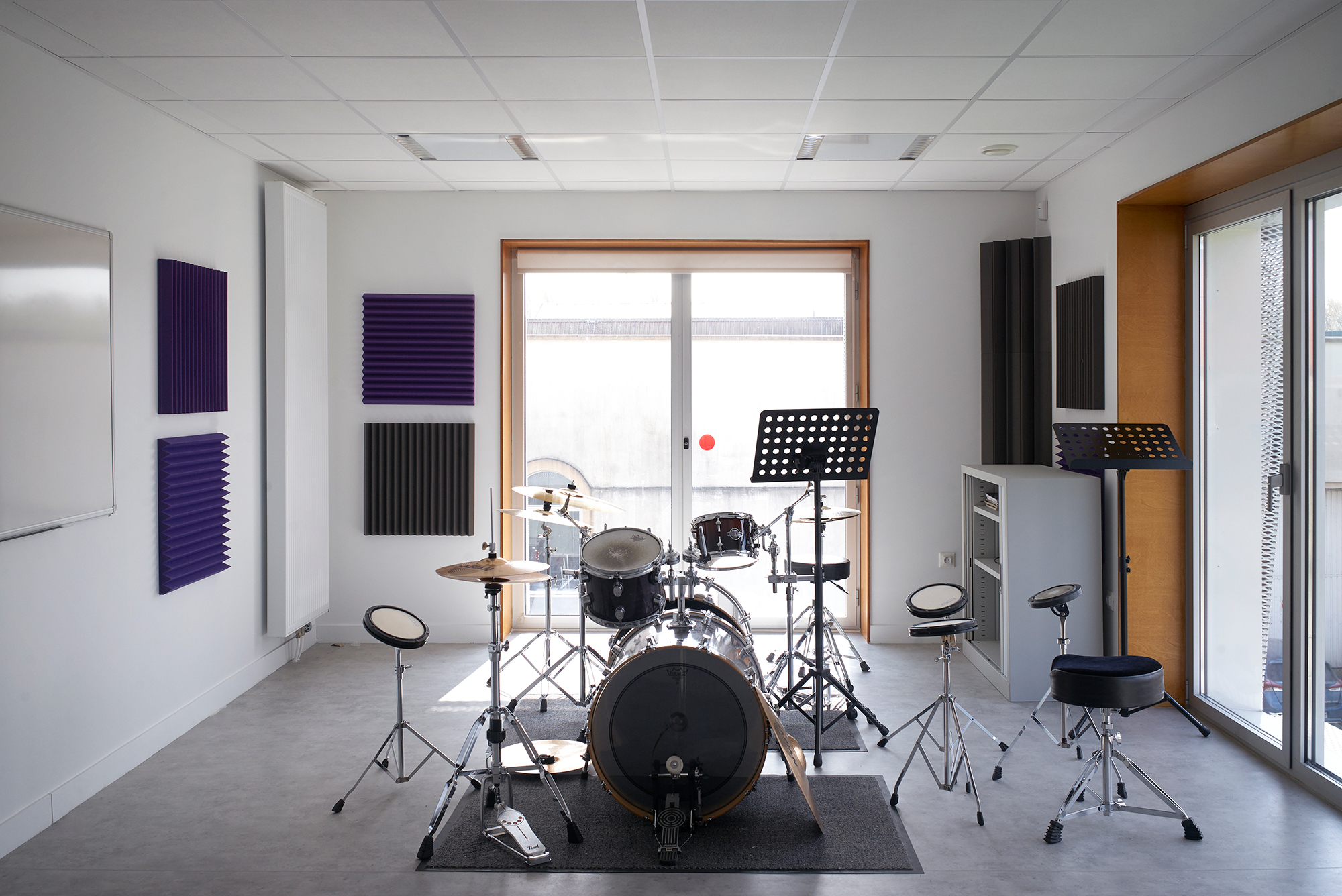 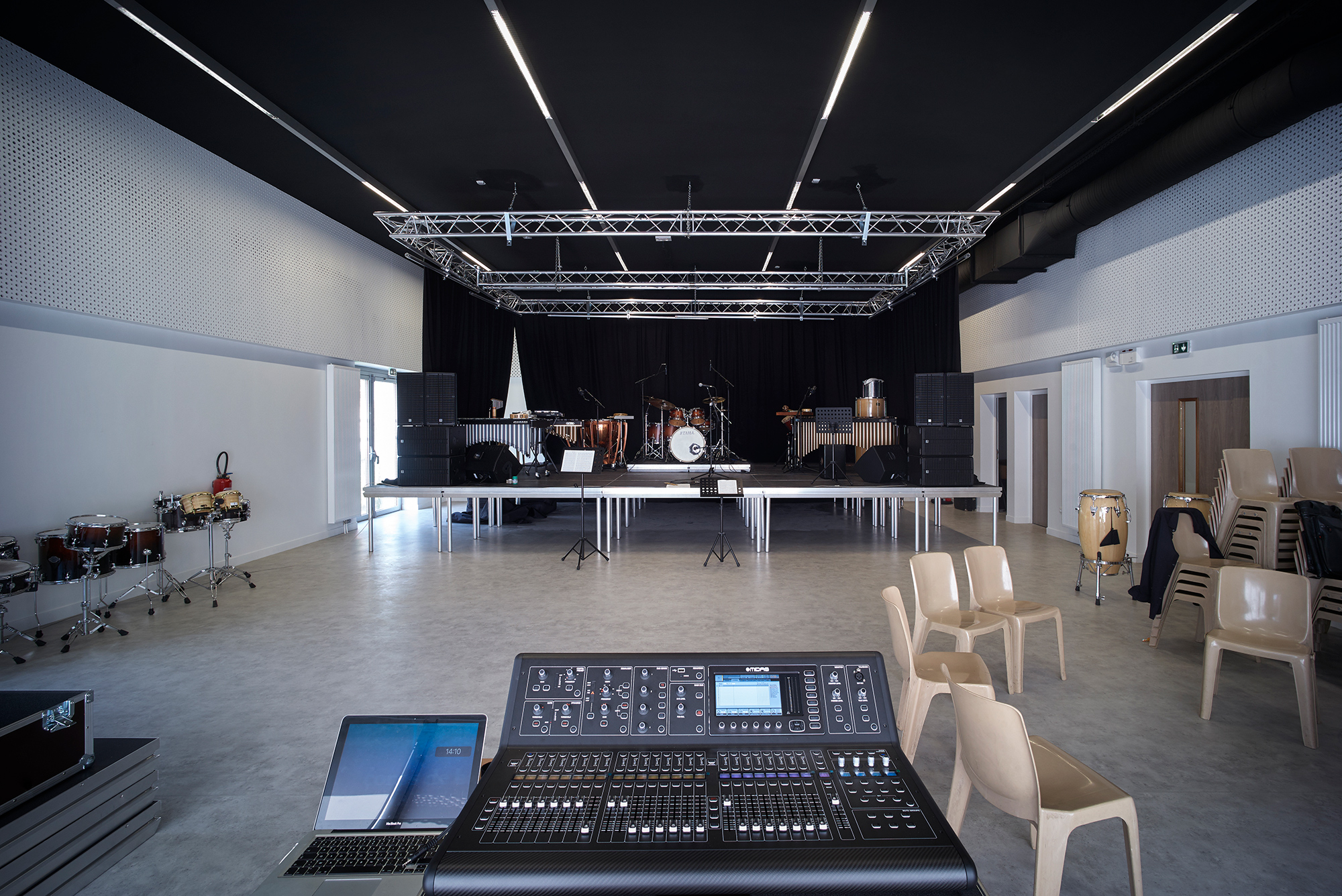 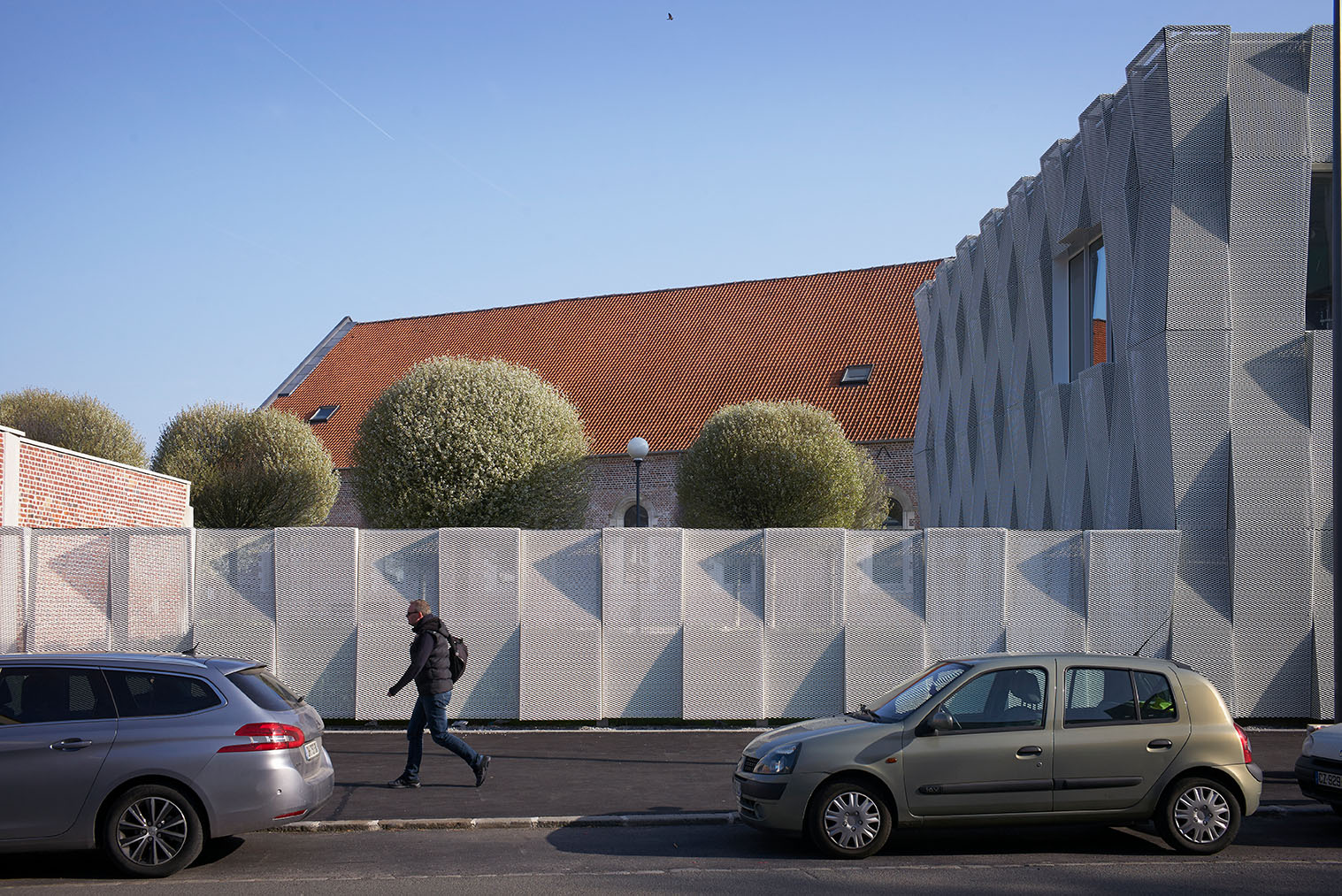 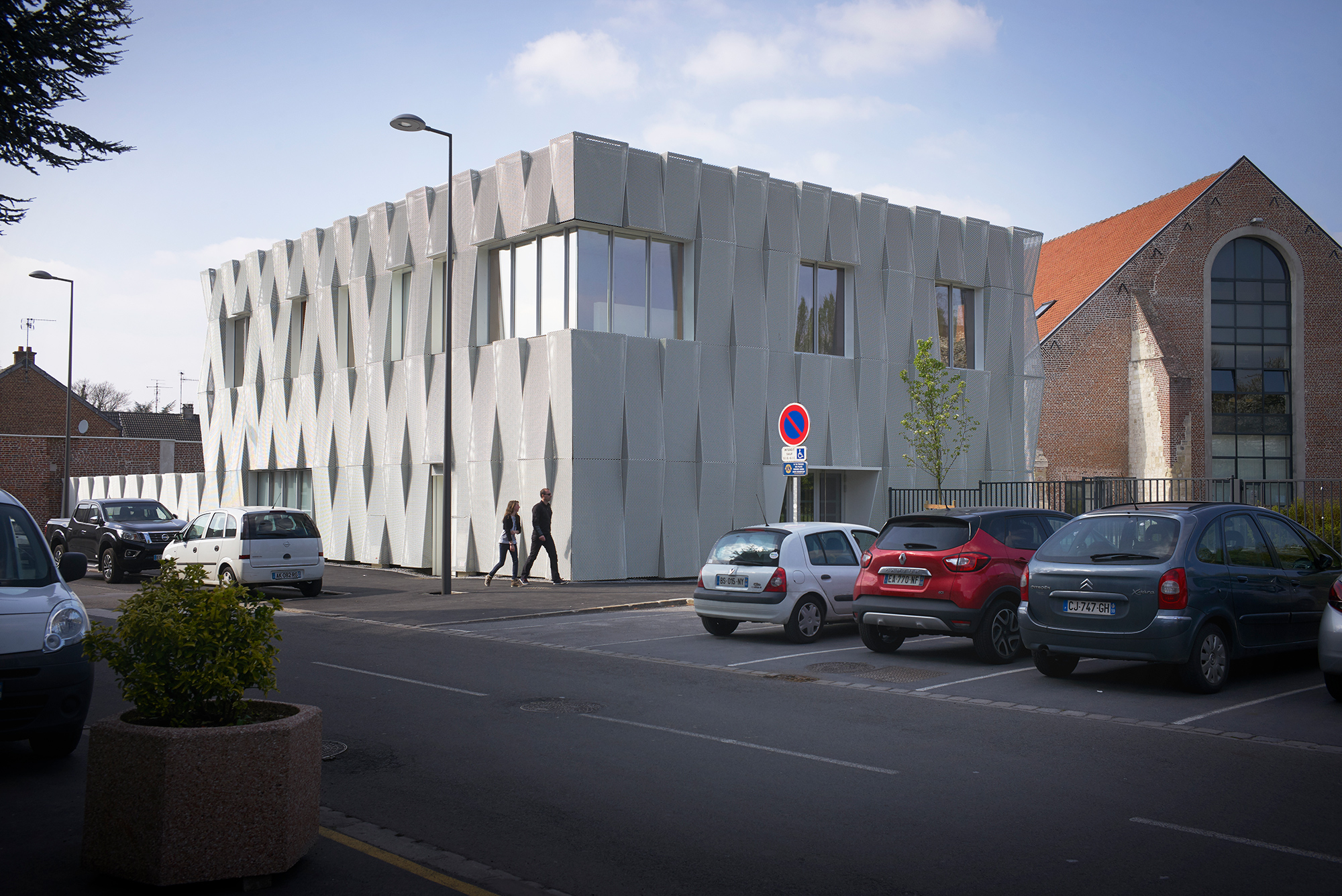 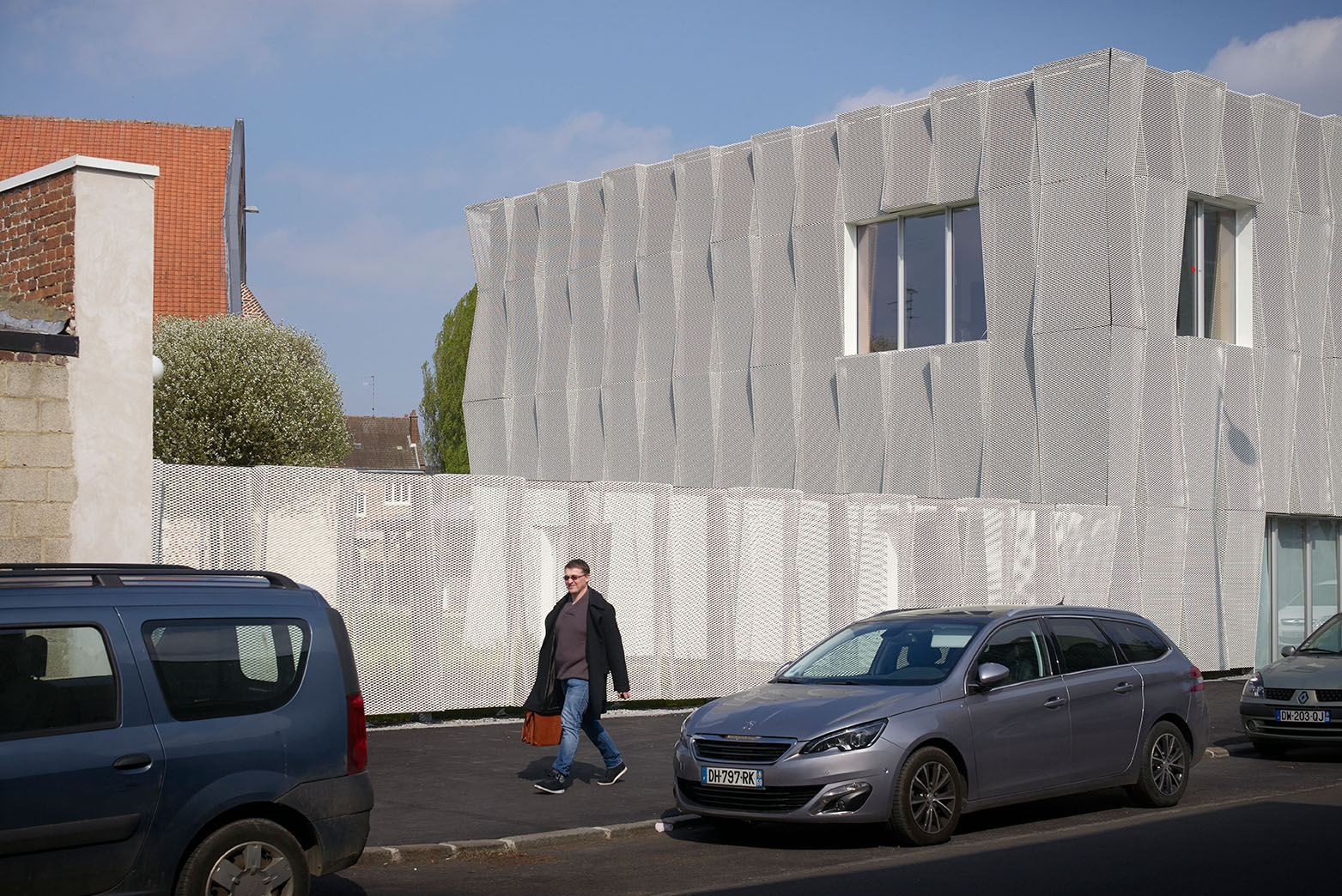 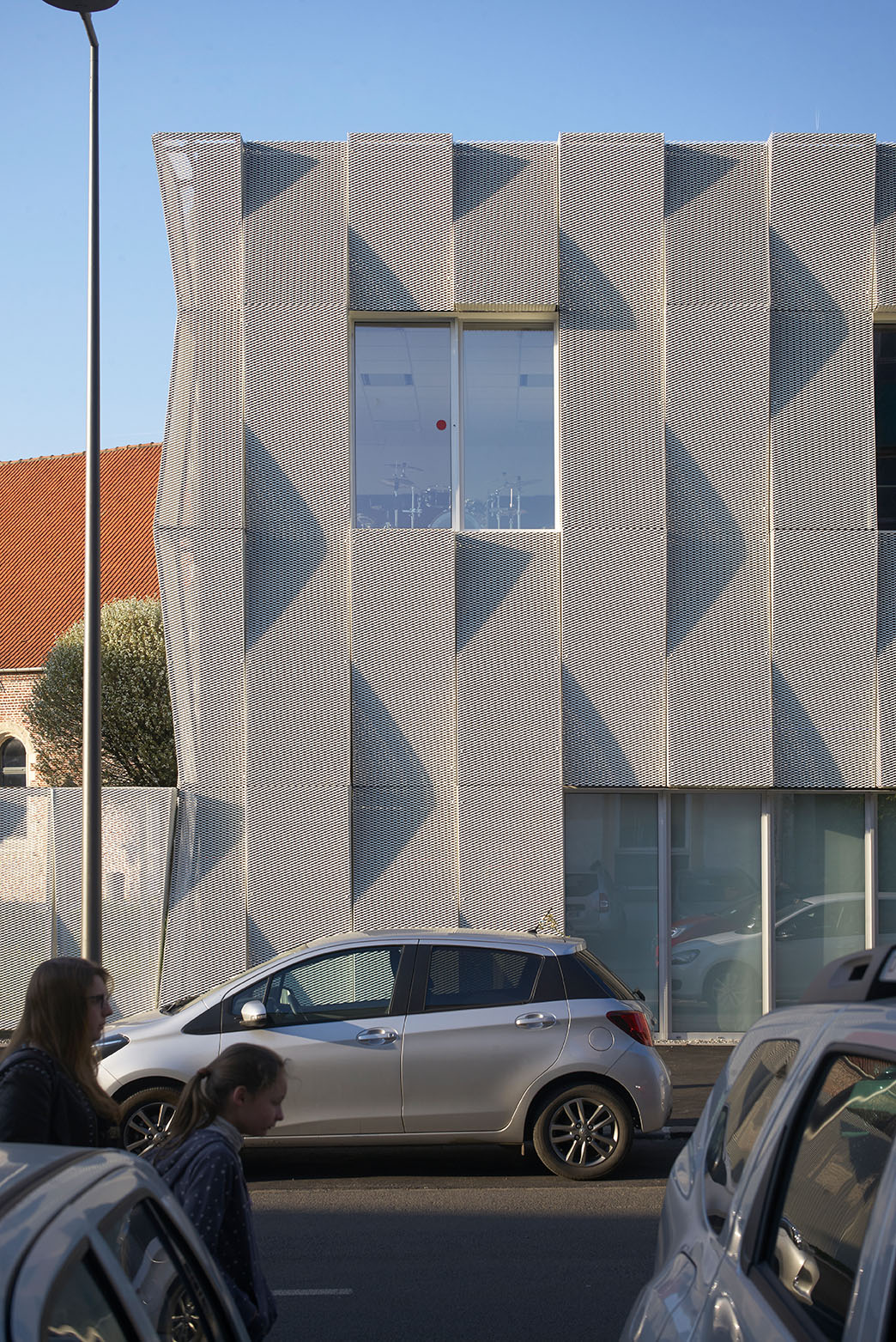 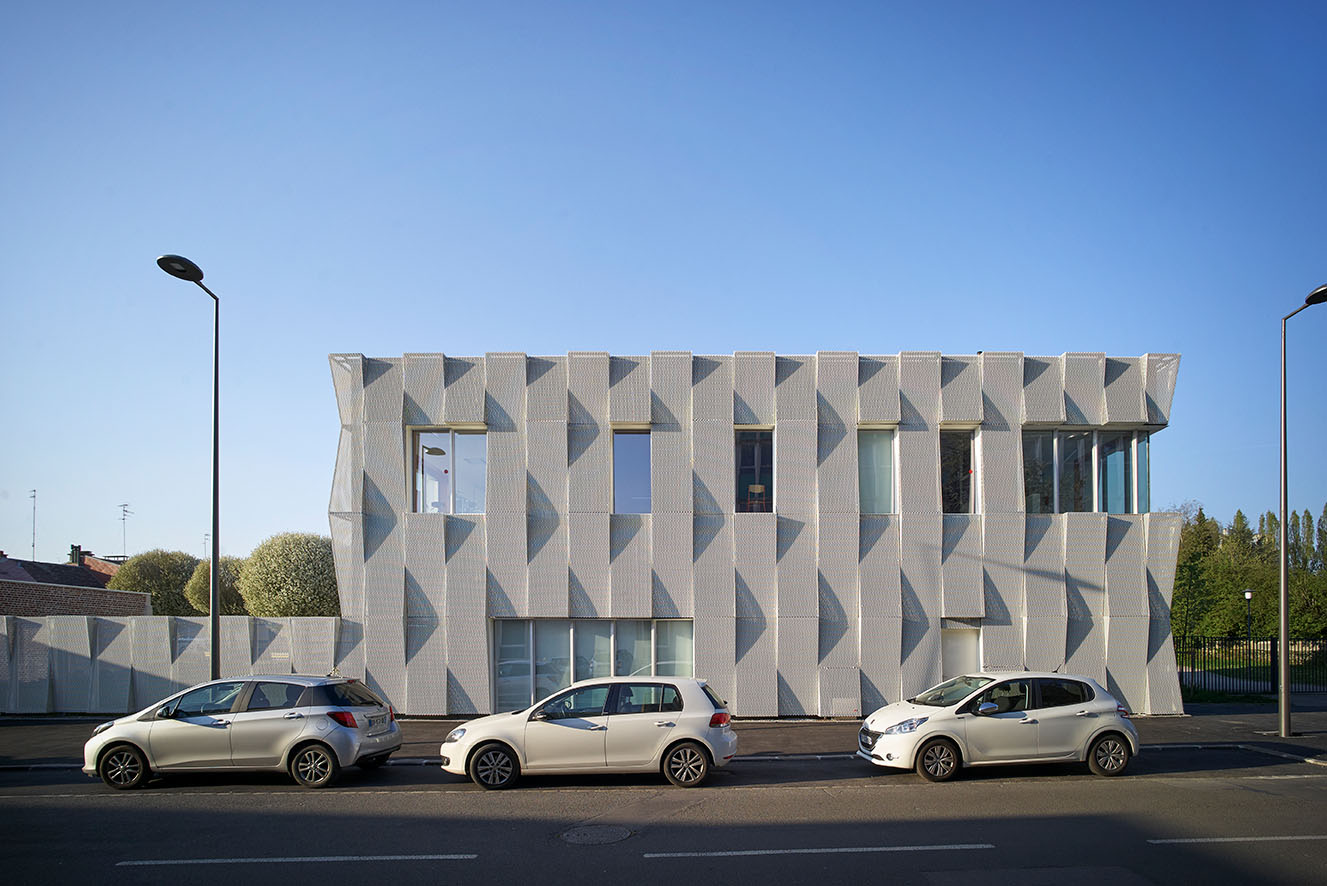 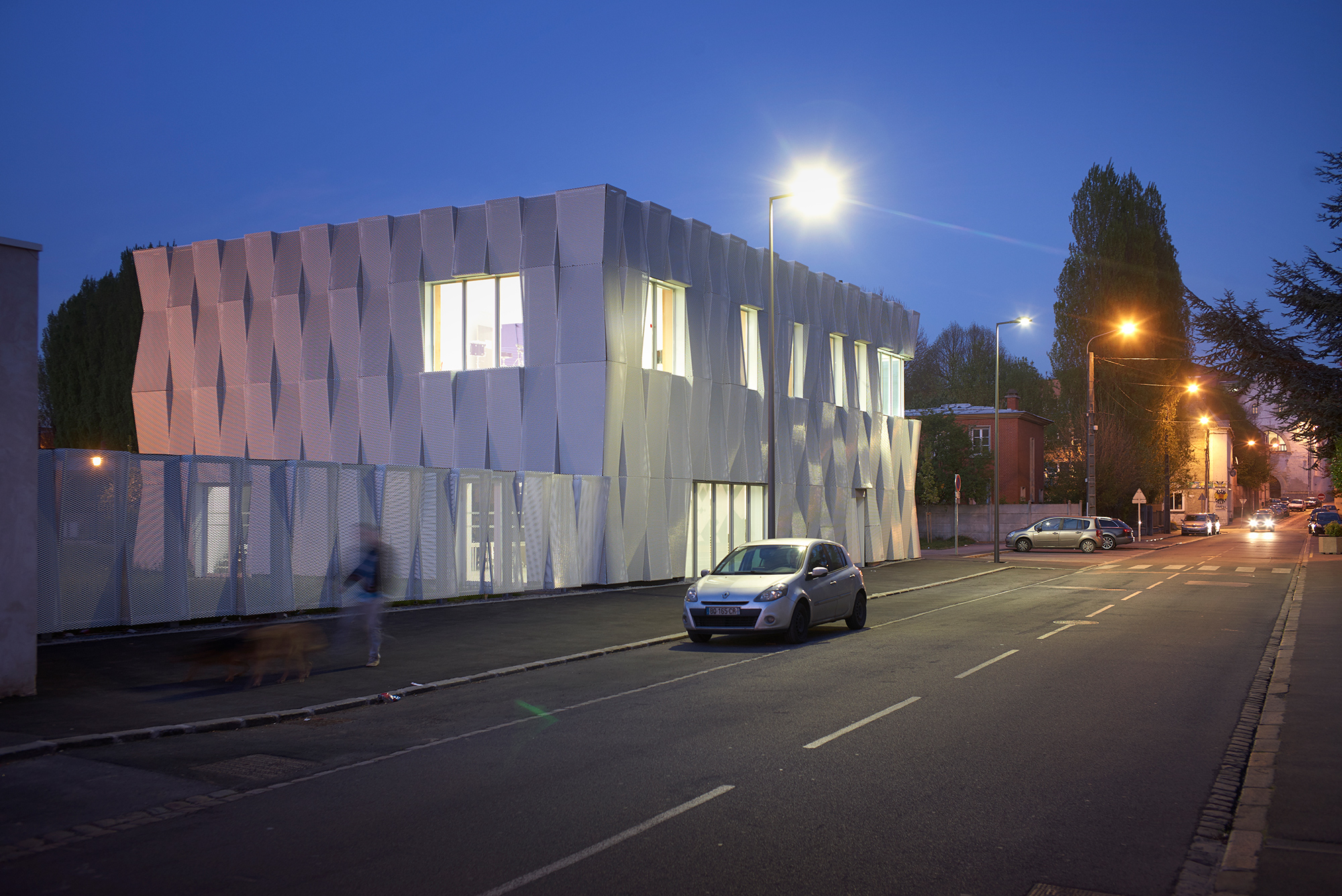 In Cambrai, the new contemporary music scene stands out in its urban environment made up of brick architectures typical of the region. It is a parallelepiped which dialogues with its neighbors – a church and housing – by its height and which clearly displays its current and contemporary program by its form and its materials to become, in the image of the theater, the conservatory and the museum of Cambrai, an emblematic place of the city’s cultural life. It is adorned with a vibrant skin whose expanded metal panels are tilted alternately to create variations in texture, a metaphor for the propagation of sound and musical waves. The facade varies throughout the day, reflecting the sun’s rays during the day and then letting the stage lights filter through at night.

A design and recording tool as much as a performance hall, the building consists of classrooms, a large rehearsal room, a recording studio and an auditorium which is also a collective practice room. Acoustic treatment of the premises is one of the major challenges of the building, whose compact overall volume extends over two levels in order to guarantee a unique sound experience for its users, but not for its residents.

Auditorium and amplified today’s music department of the conservatory comprising rehearsal and recording studios, classrooms, and a multi-purpose concert hall