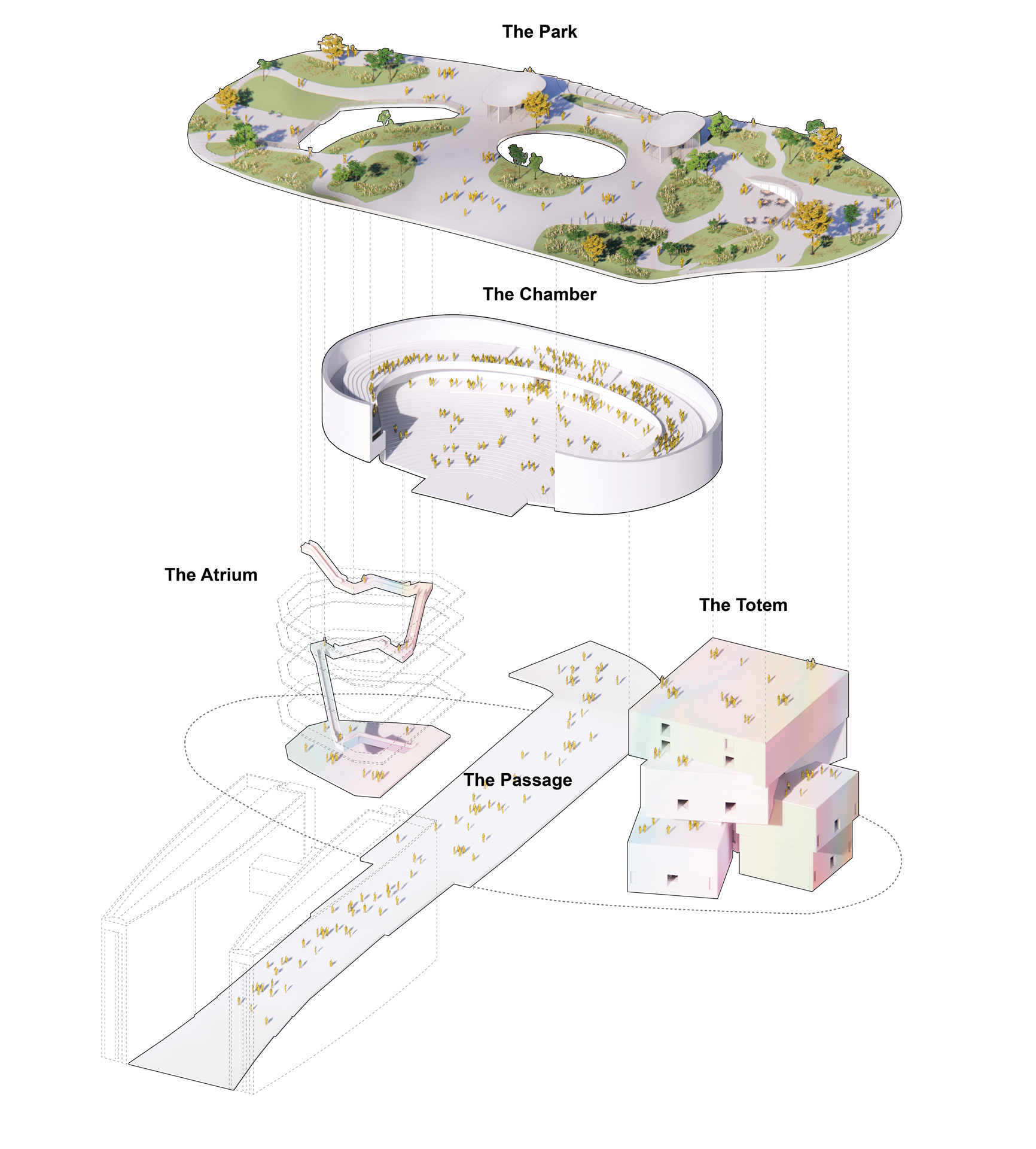 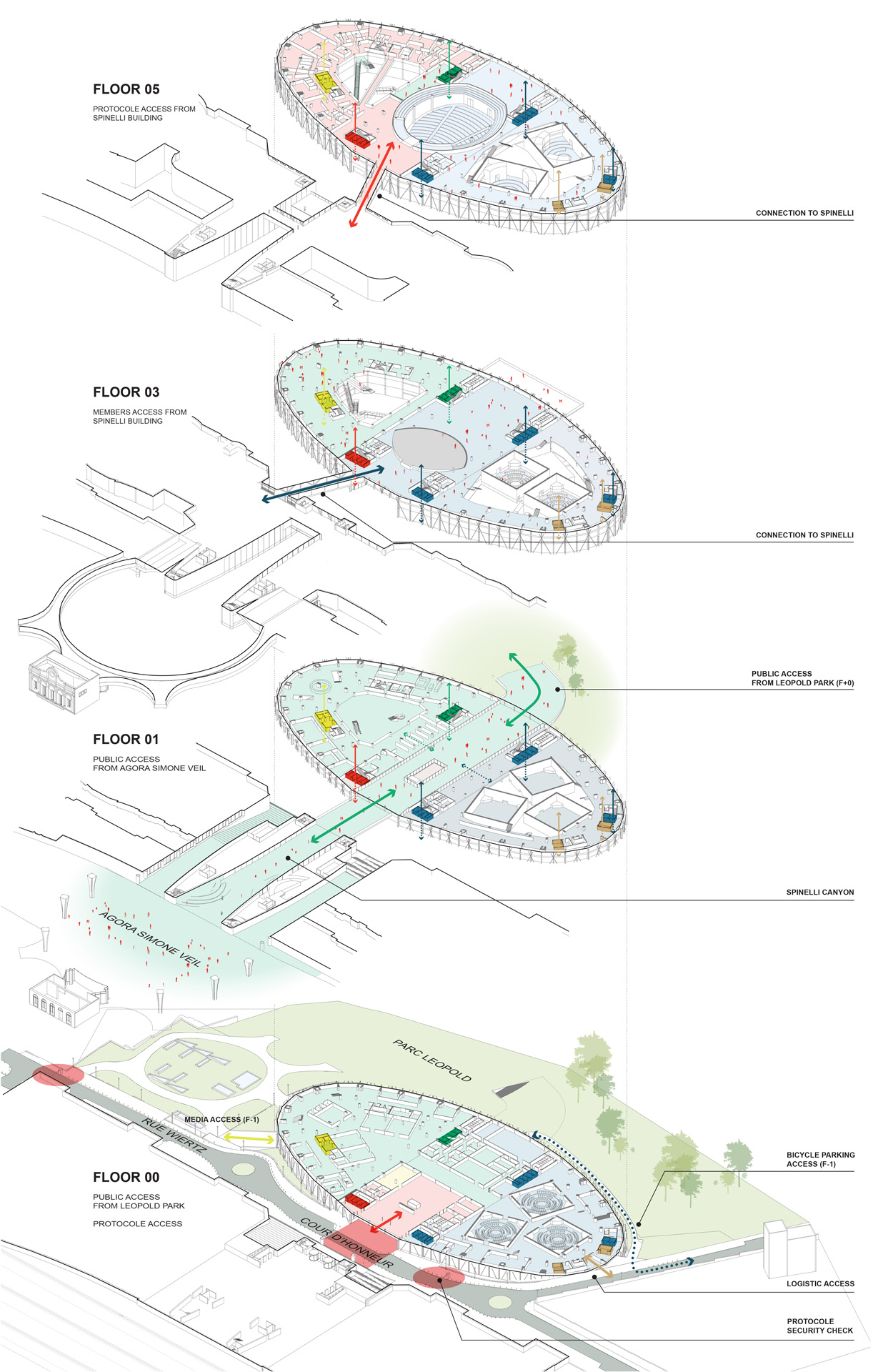 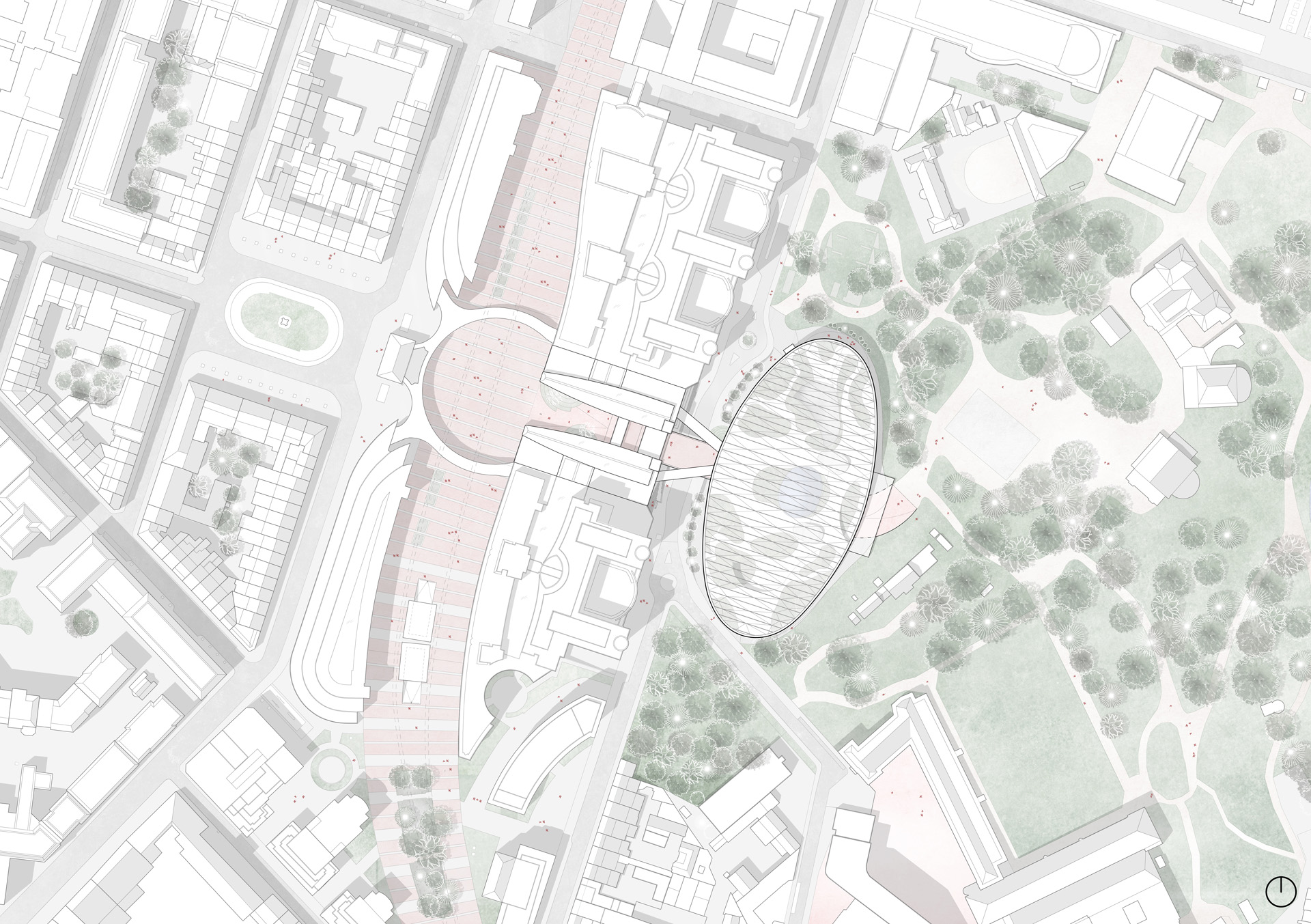 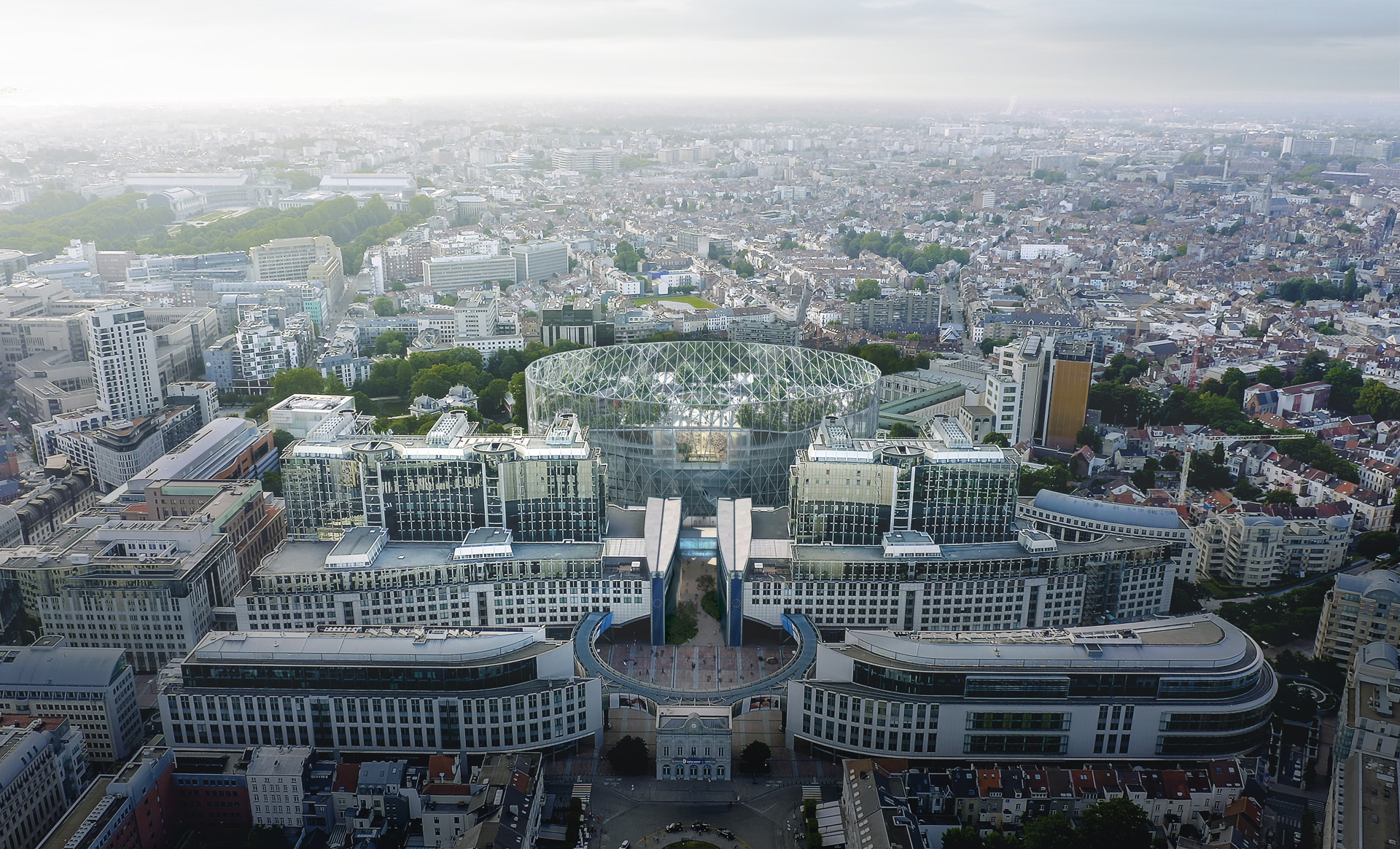 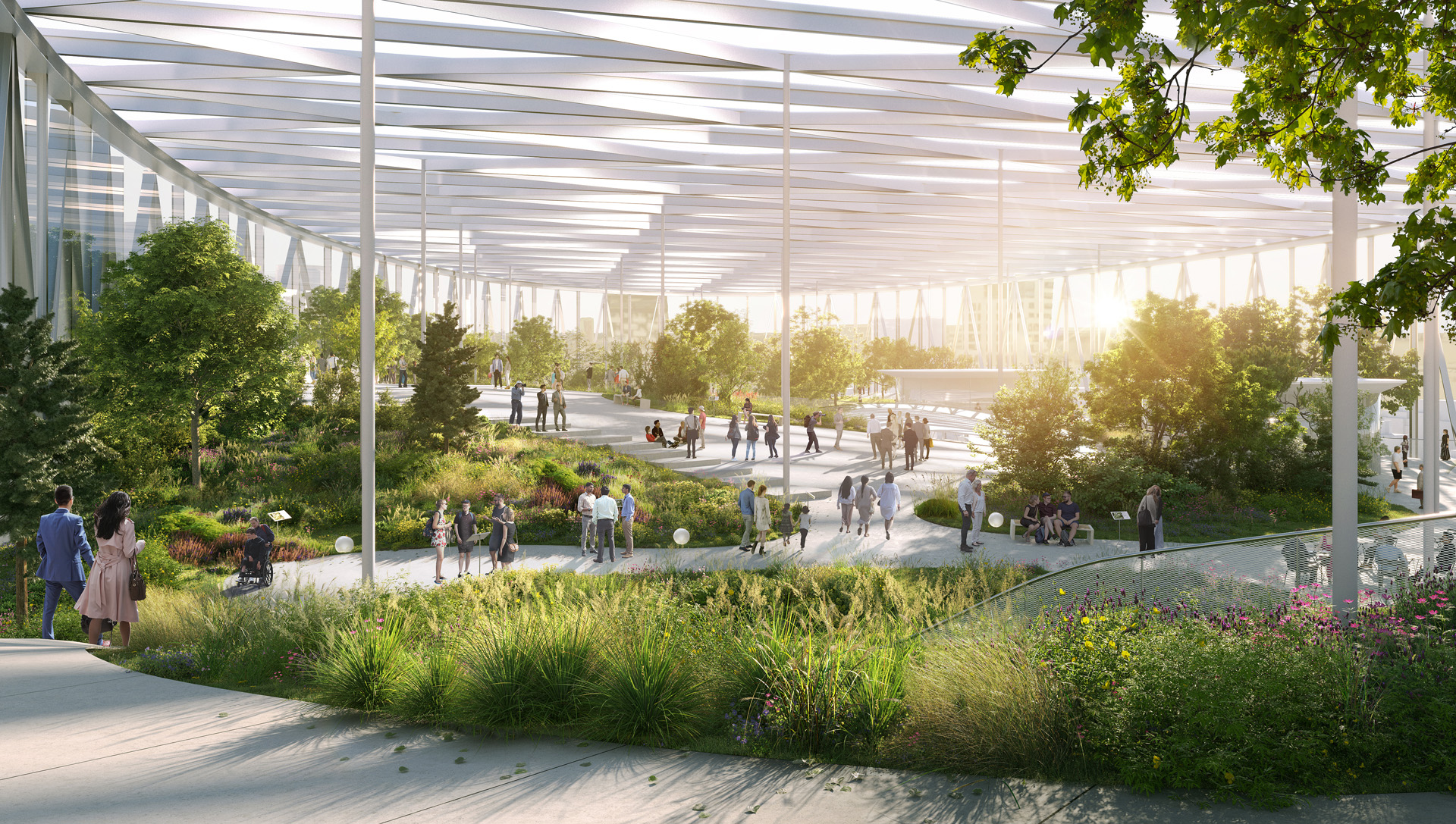 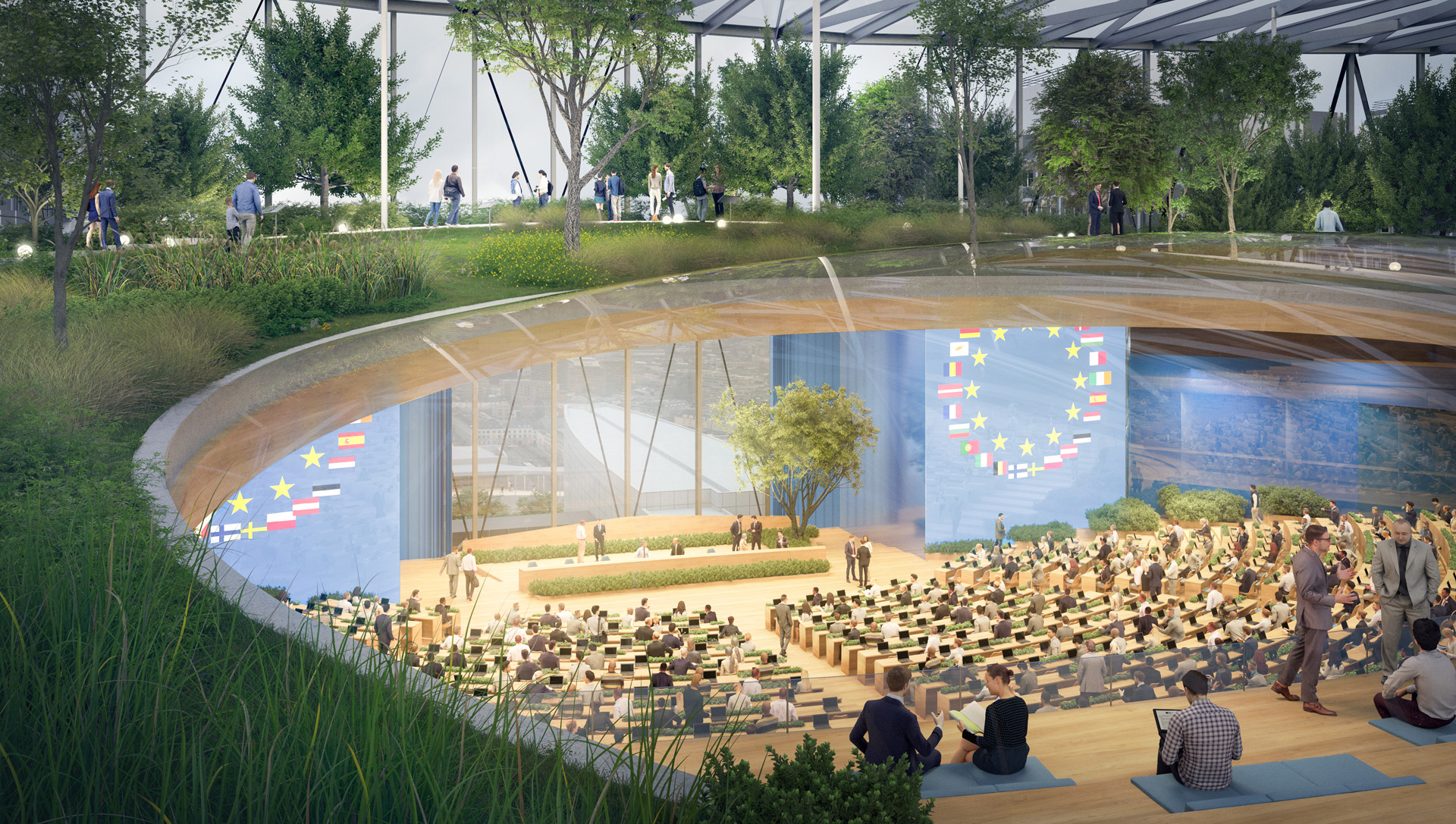 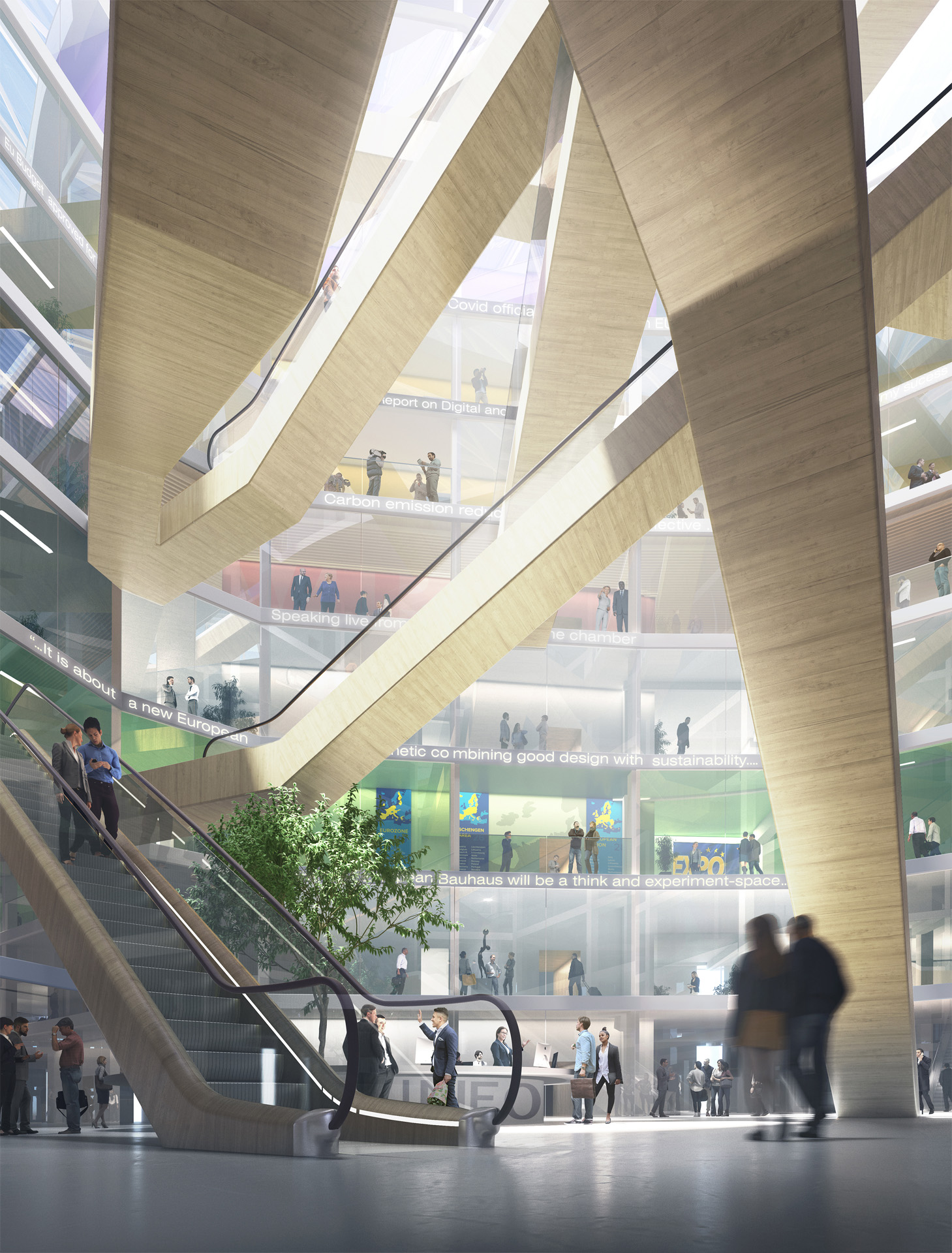 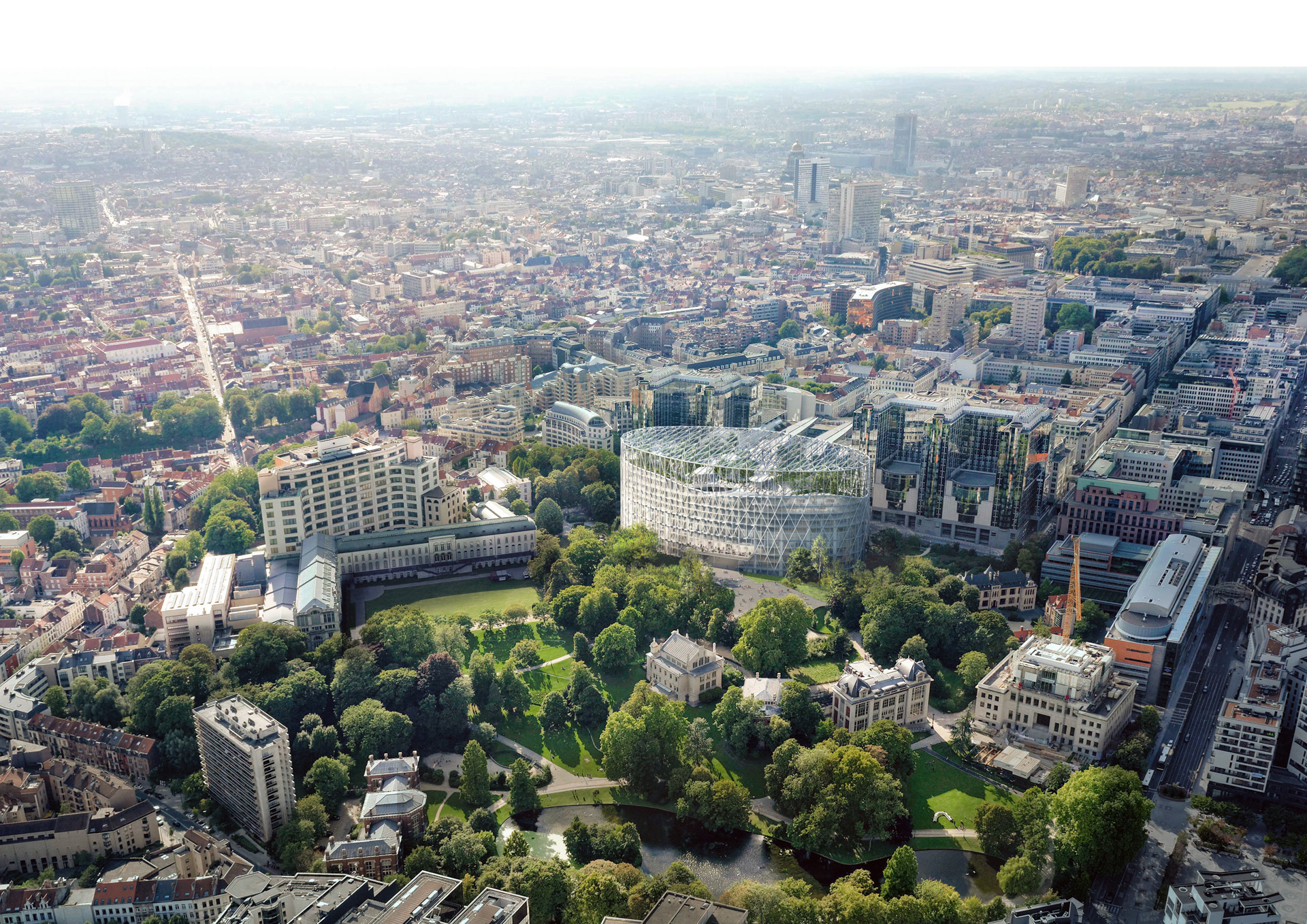 A pan-European design collective has won the international competition organized by the European Parliament to renew the Paul-Henri SPAAK Building in Brussels, Belgium. The proposal underscores the identity of the European Union and the value of democracy, while promoting the principles of circular construction.

The team engaged in a creative process which embodies the democratic ideal of the European Union. All the members, drawing inspiration from their respective cultural backgrounds and distinct specialties, worked together to put forward a collective design solution for the European Parliament building. The design seeks to address urgent challenges faced by Europe and the world at large, including climate change, social inequalities and the blurring of physical and digital domains – the latter is also reflected in the collective’s mode of collaboration, where a remote and flexible approach was adopted since the first COVID-19 outbreak.

The European Parliament announced the international competition to renew the SPAAK Building in May 2020, with the objectives to set a positive example of sustainable and regenerative building, and to engage in dialogue with citizens and the city. EUROPARC’s proposal stood out from the 15 submitted designs, and was officially named the winner of the first prize in July 2022. The jury commended the project for both its functional and symbolic qualities, calling it “… a genuine re-use proposal that offers an enhanced interface with the public and a new architectural expression to the building with useful sustainability features.”