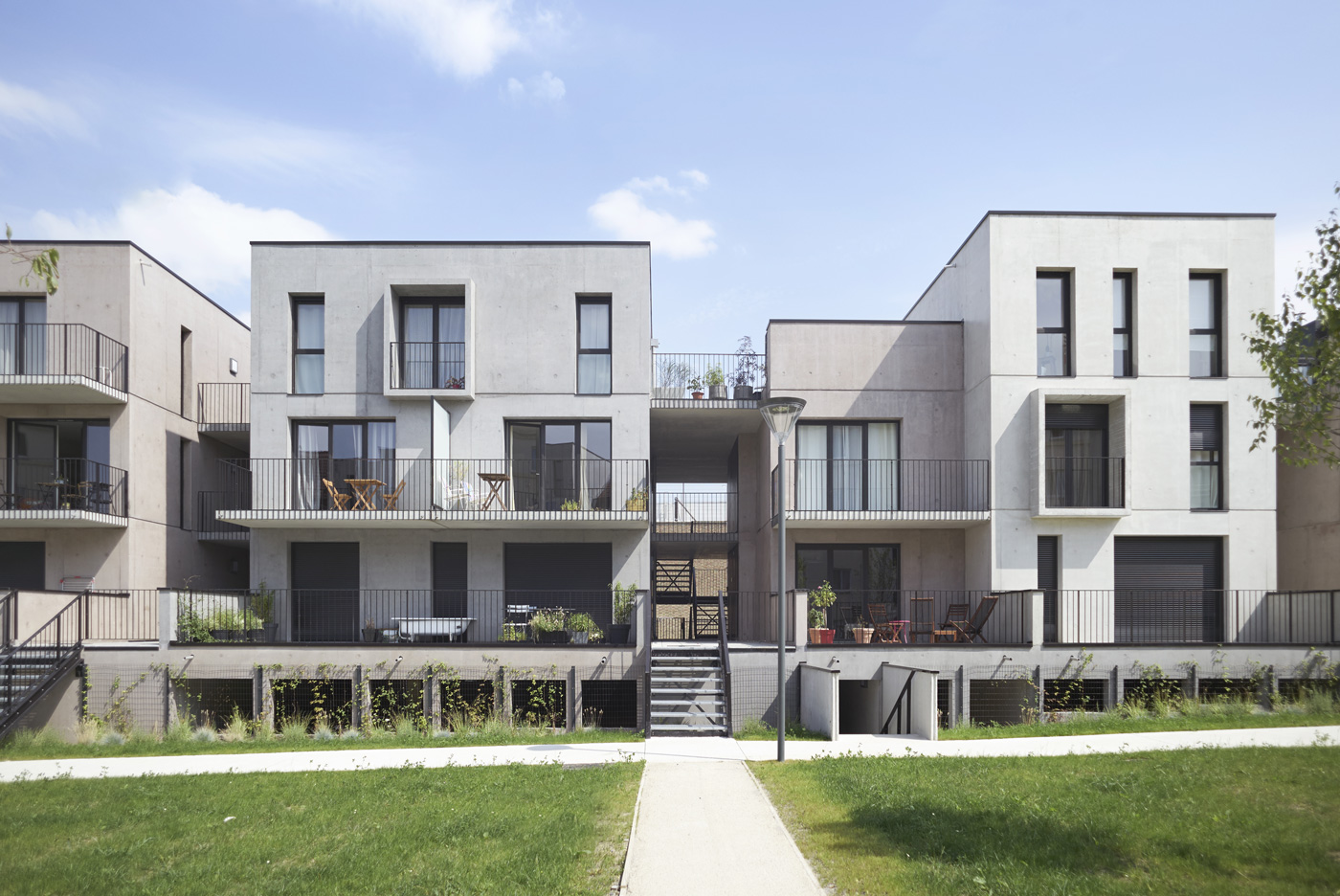 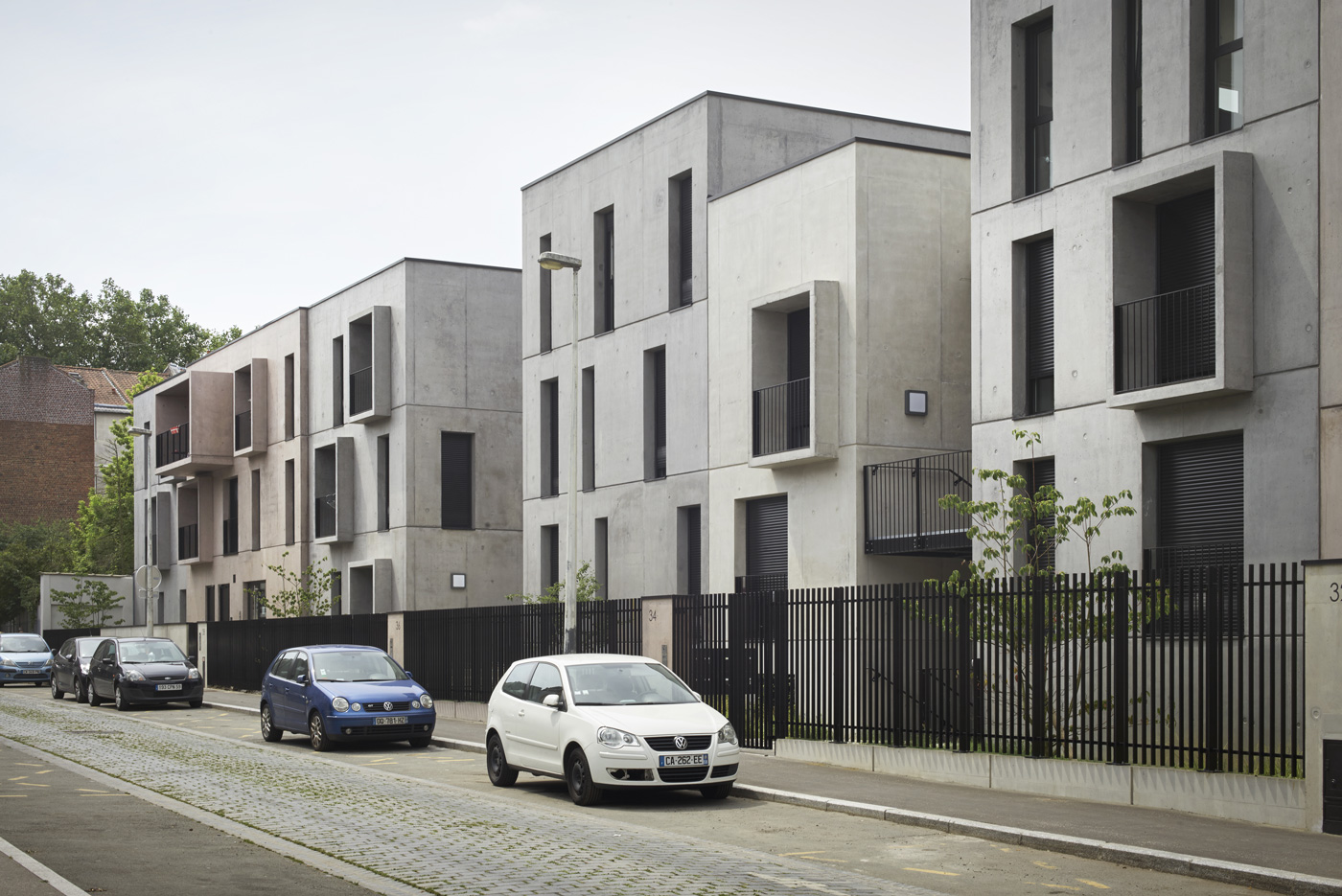 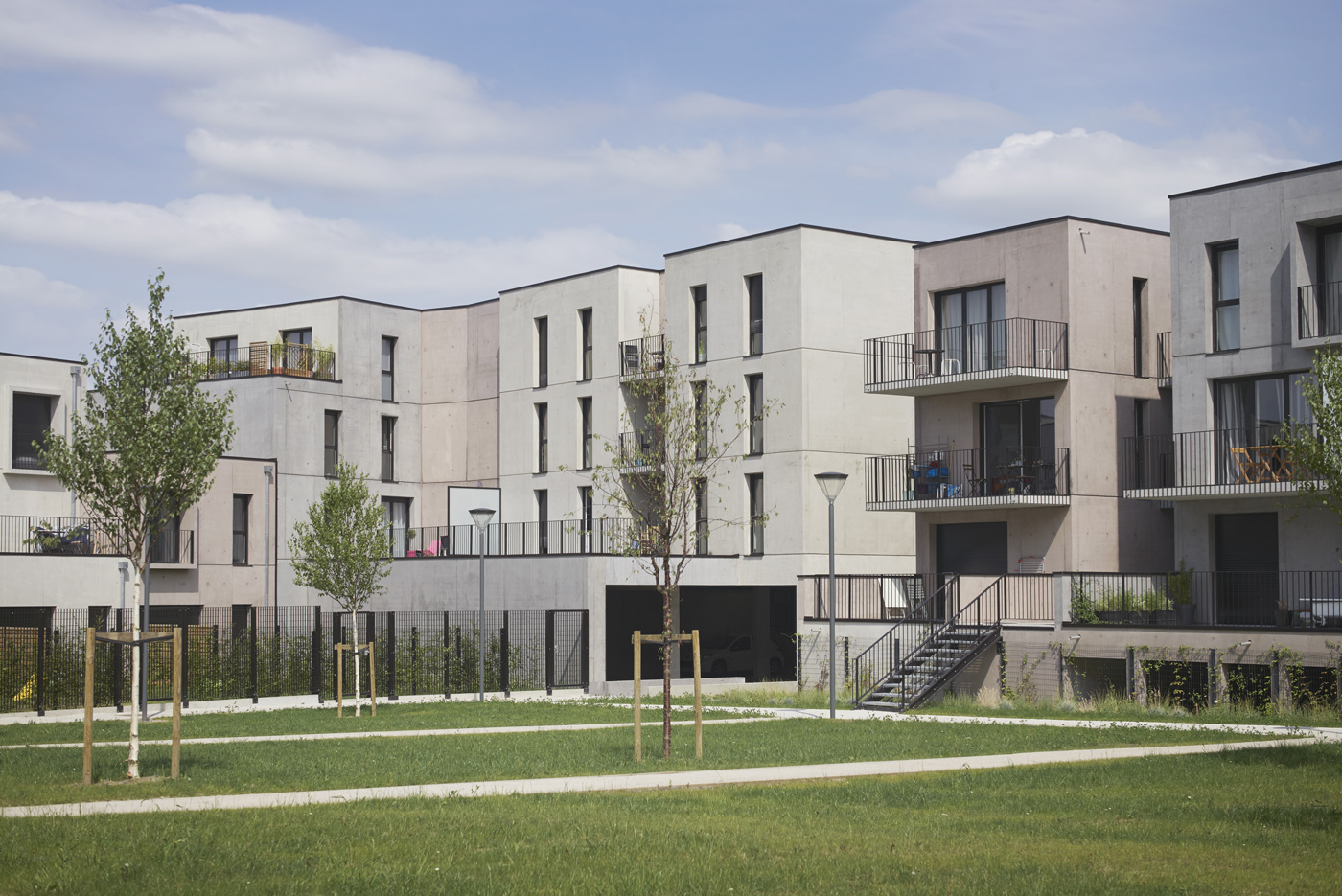 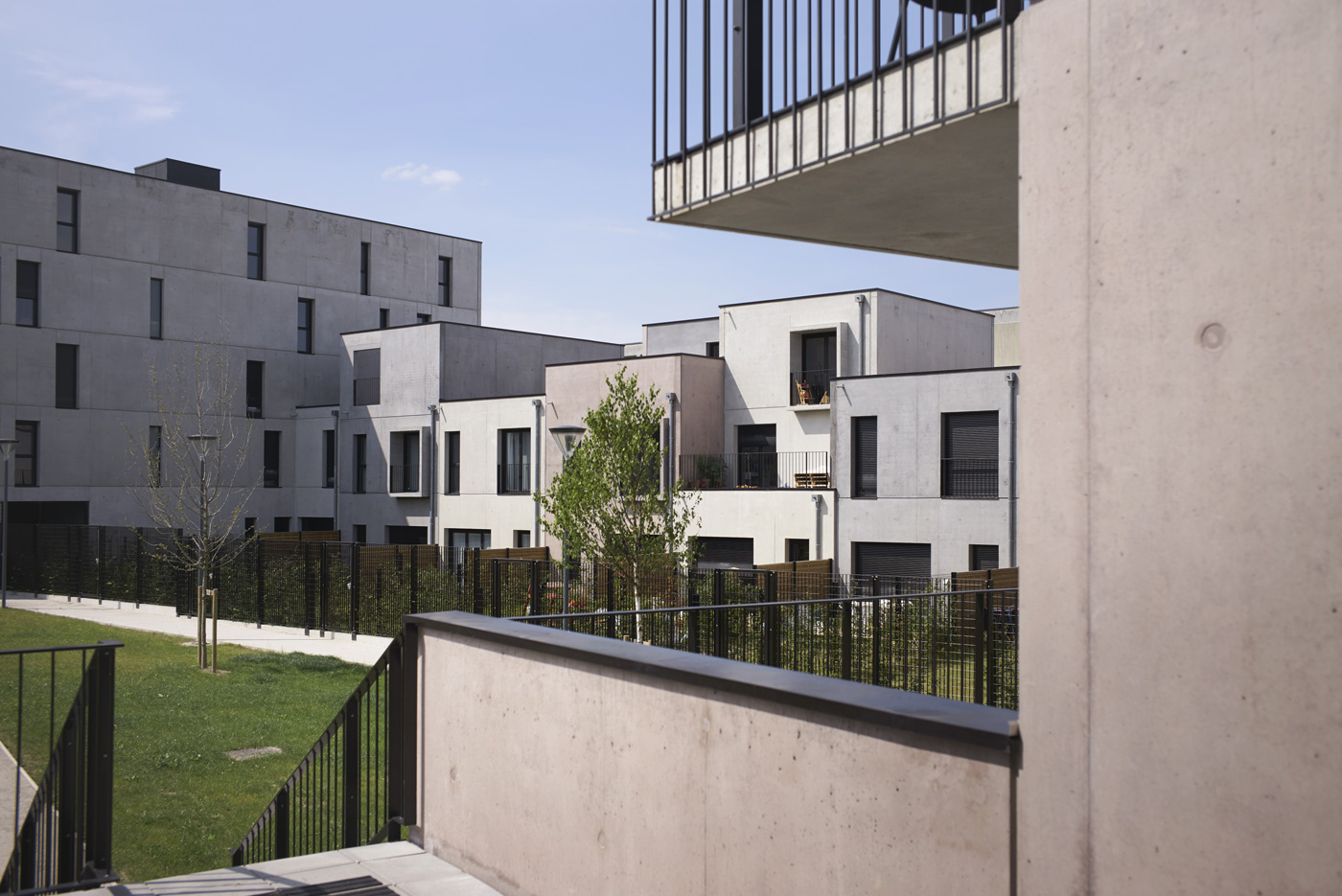 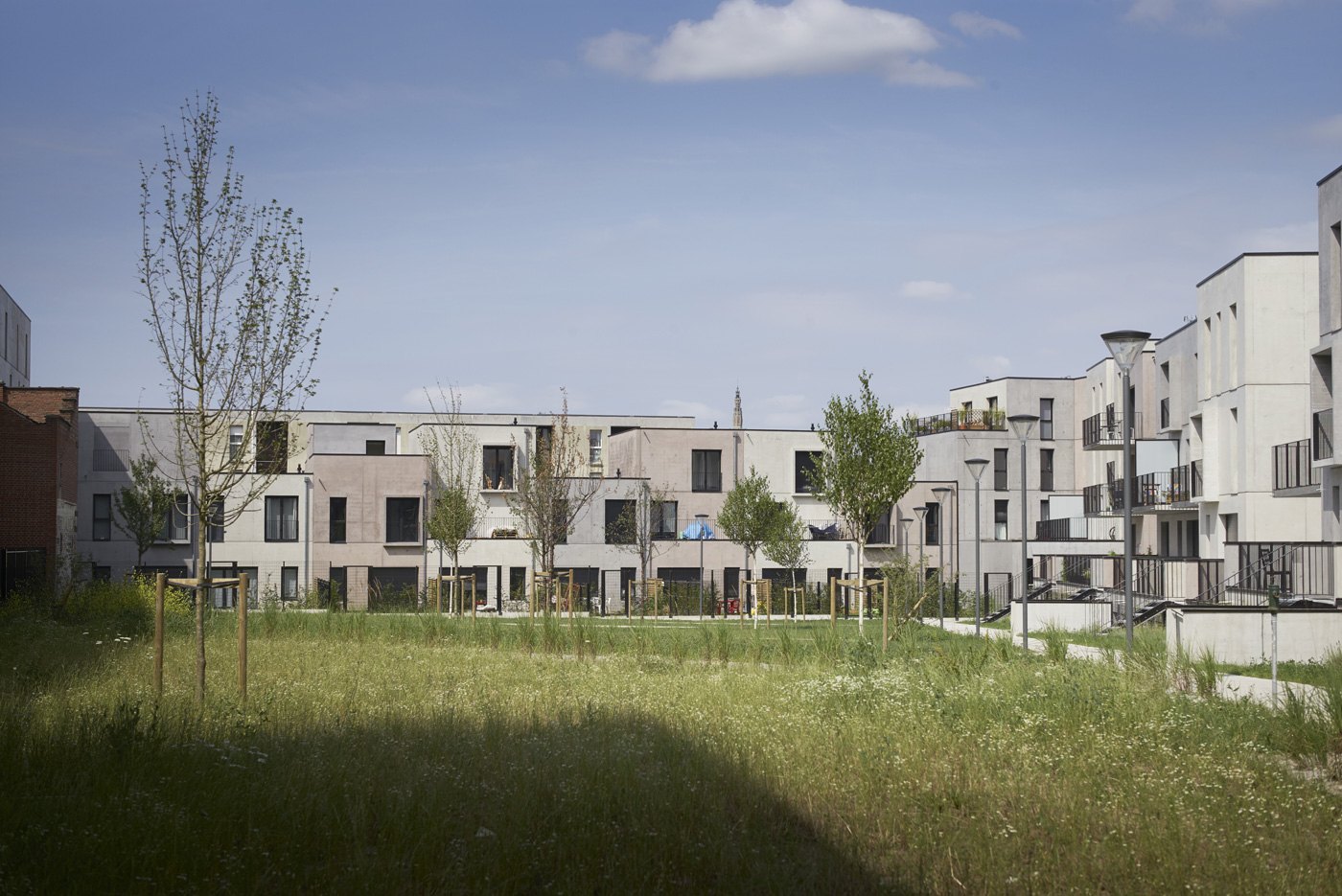 The project is located on a parcel occupying almost an entire block at the heart of an urban fabric typical of Lille. This context led to the conception of the project around certain themes such as urban articulation and transformation. The volumetric proposal adapts to the surrounding built fabric, informed by their heights and the various constraints resulting from the context.

The project encourages views toward the interior of the block: between the different constructions, multiple voids unveil vegetal spaces and appreciable depths through the perimeter buildings. The whole project is divided in 5 parts. The North West angle consists of 18 social housing units in a 5-story building which is the highest point of the development. A band of eight individual row-houses is implanted along Avesnes street. The angled social housing block of 20 units is distributed in a four-story building that includes a 250 m² retail space on the ground floor. The middle income units, a typology rather unusually in this urban context, form the single row along Wattignies street. Finally, to the south, the alignment is concluded with a second apartment building of 11 units. Lower in height, it ensures the transition with the adjacent built fabric.