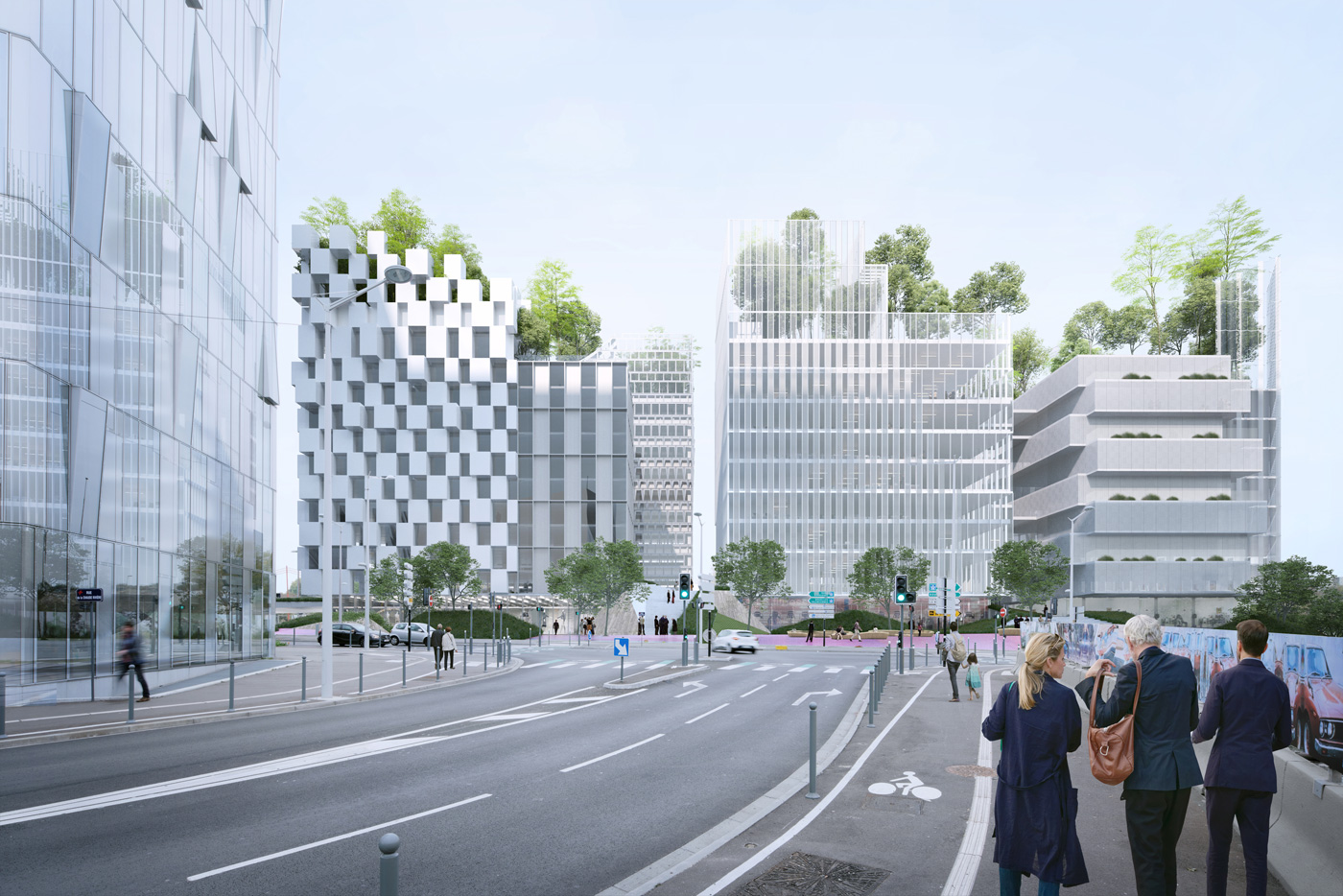 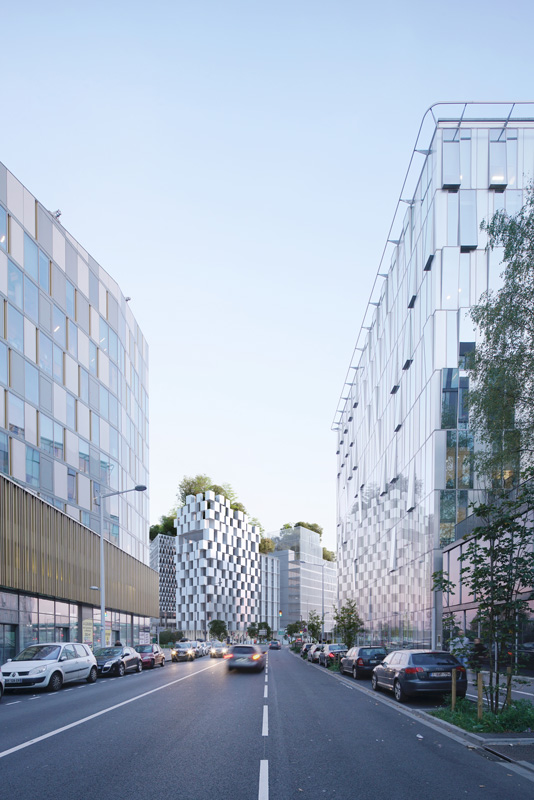 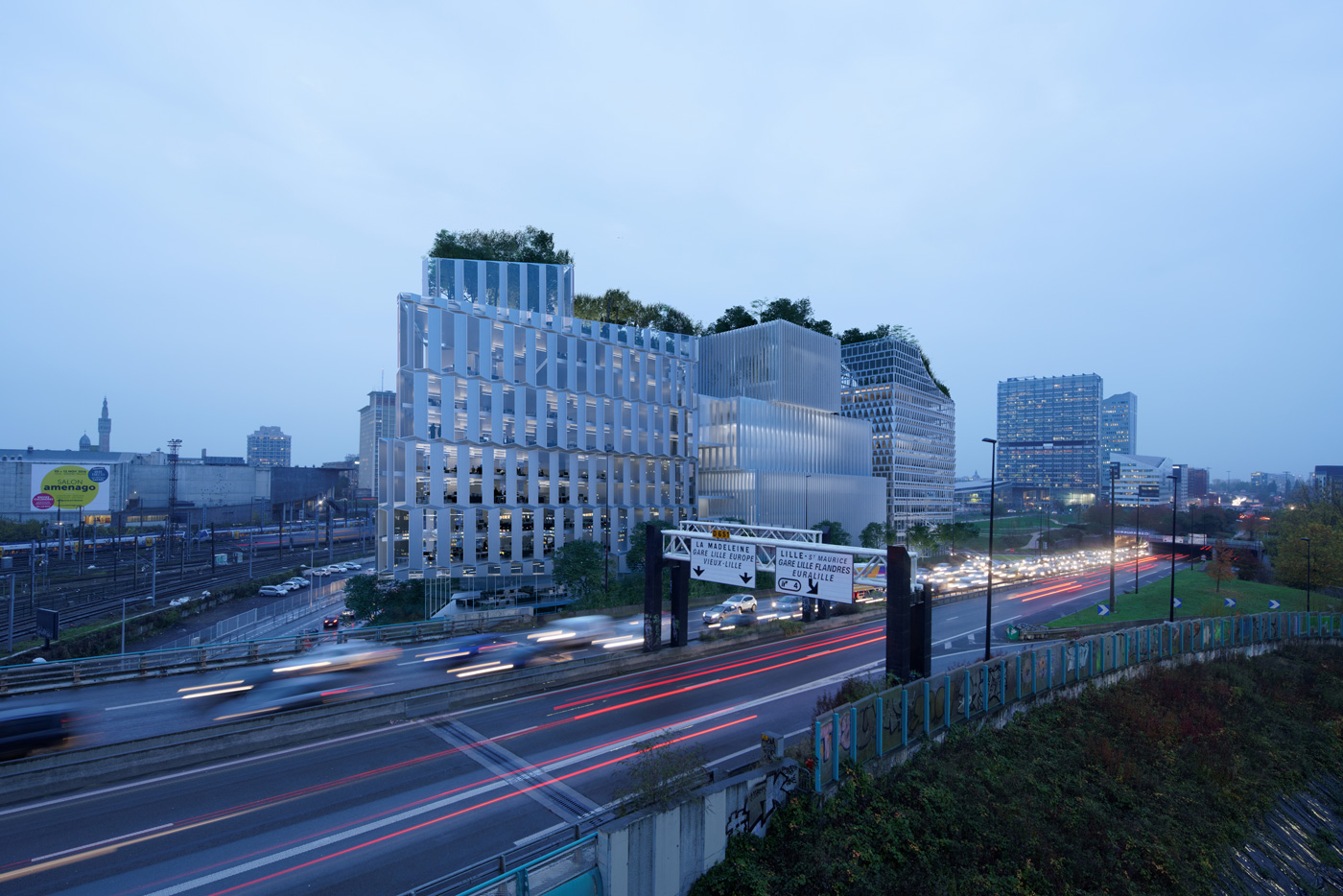 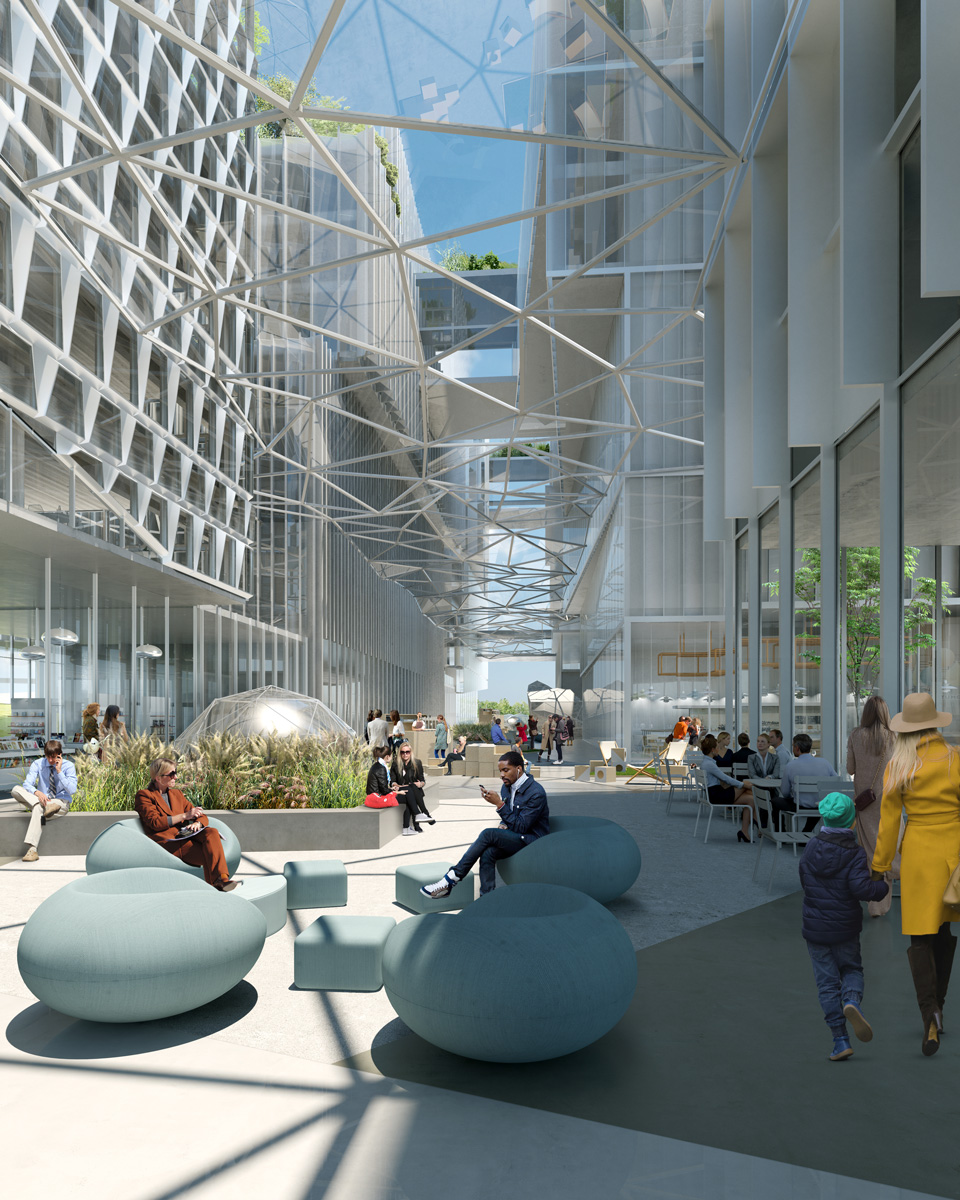 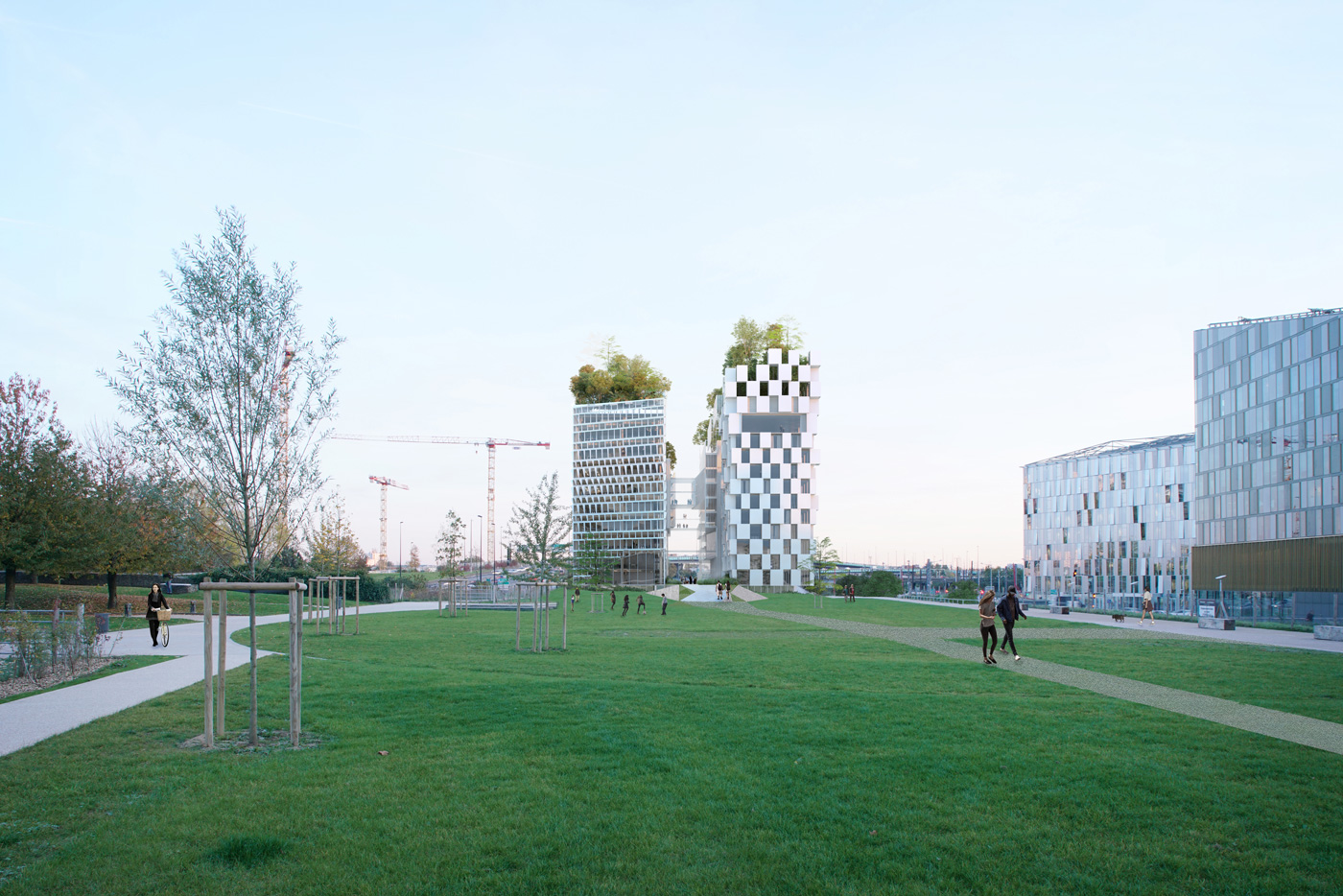 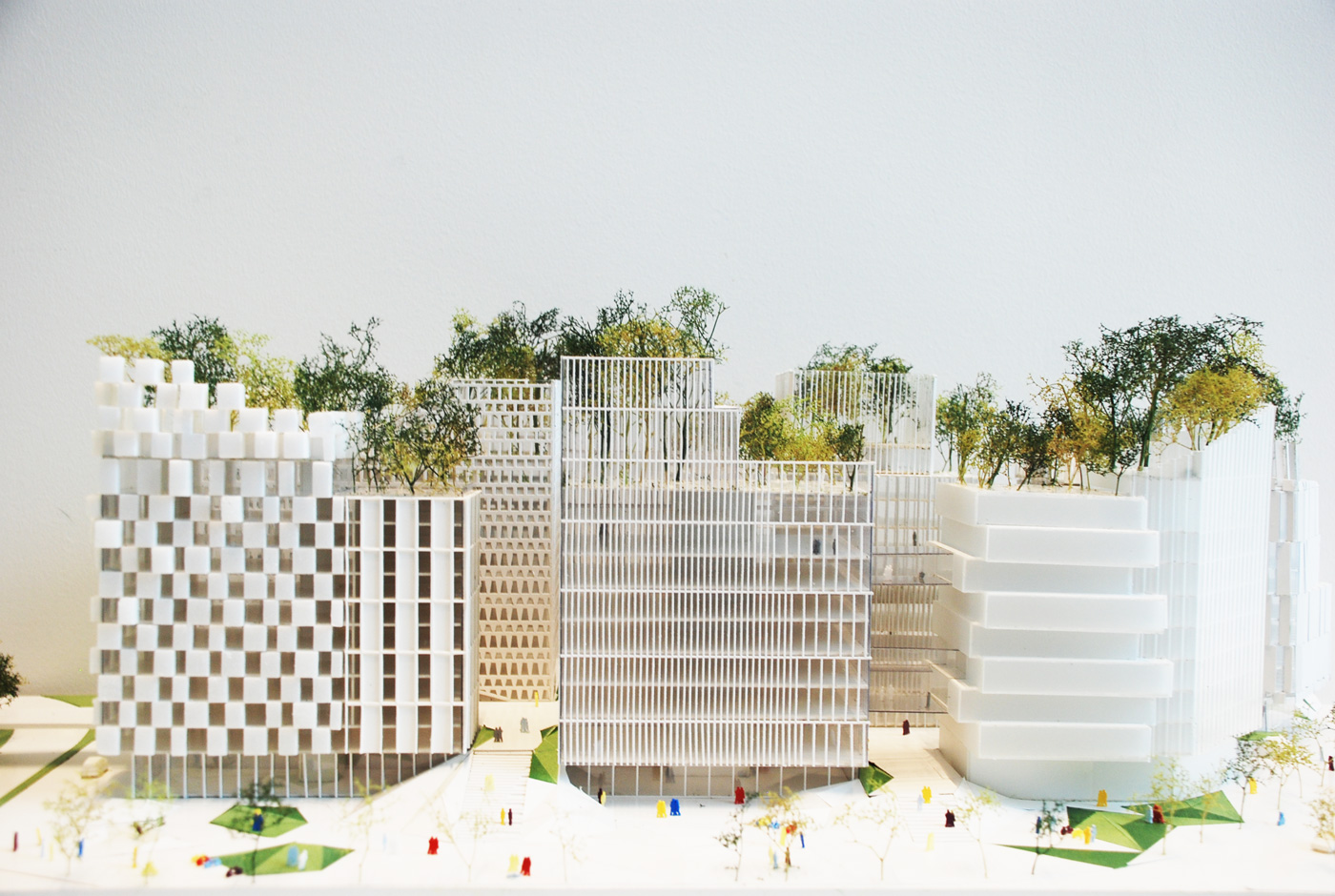 “Archipel” proposes a new vision of mixed-use, a concept of a “non-tower”, based on the observation of the surroundings and the need to reinterpret the density and the community by injecting human activity in several ways: through contextual approach, programmatic organization, interstitial spaces, and architectural experimentation.

The Euralille district is perceived as a juxtaposition of large dynamic infrastructures, such as the railway stations, the shopping center, the casino, and the large, monumental office buildings designed by Vasconi, Portzamparc, and others, and that are still struggling to bond in a lasting way.

The major characteristic of the project site is that it borders on the Parc des Dondaines and thus can become an extension of this park. We “recreated” a ground, a topography, breaking the monotonous hierarchy established between the Park, public space, and buildings to invent a destination, a geology supporting the construction of a neighborhood.

Conceived in an “orchestral” way as a small town within the city, an eco-city, perfectly identifiable, legible in its different silhouettes, the individual who works here is not anonymous but becomes identifiable through his distinctions from his neighbor. Layers of human and sensory interactivity are injected into the project via the exterior terraces, multiple interferences with nature, and collaborative bridges that create multiple pretexts for meetings.

Finally, the island is no longer perceived here only as an “urban function,” but must awaken the pleasures of the city and participate in the public’s poetic perception of city life. The trees that we plant on the roofs like “Land Art ”will clearly distinguish the silhouette of the project, where verticality is not inevitably made of glass, concrete or steel. It is this new typology that we qualify as an urban archipelago as a wish to belong to a new geography.