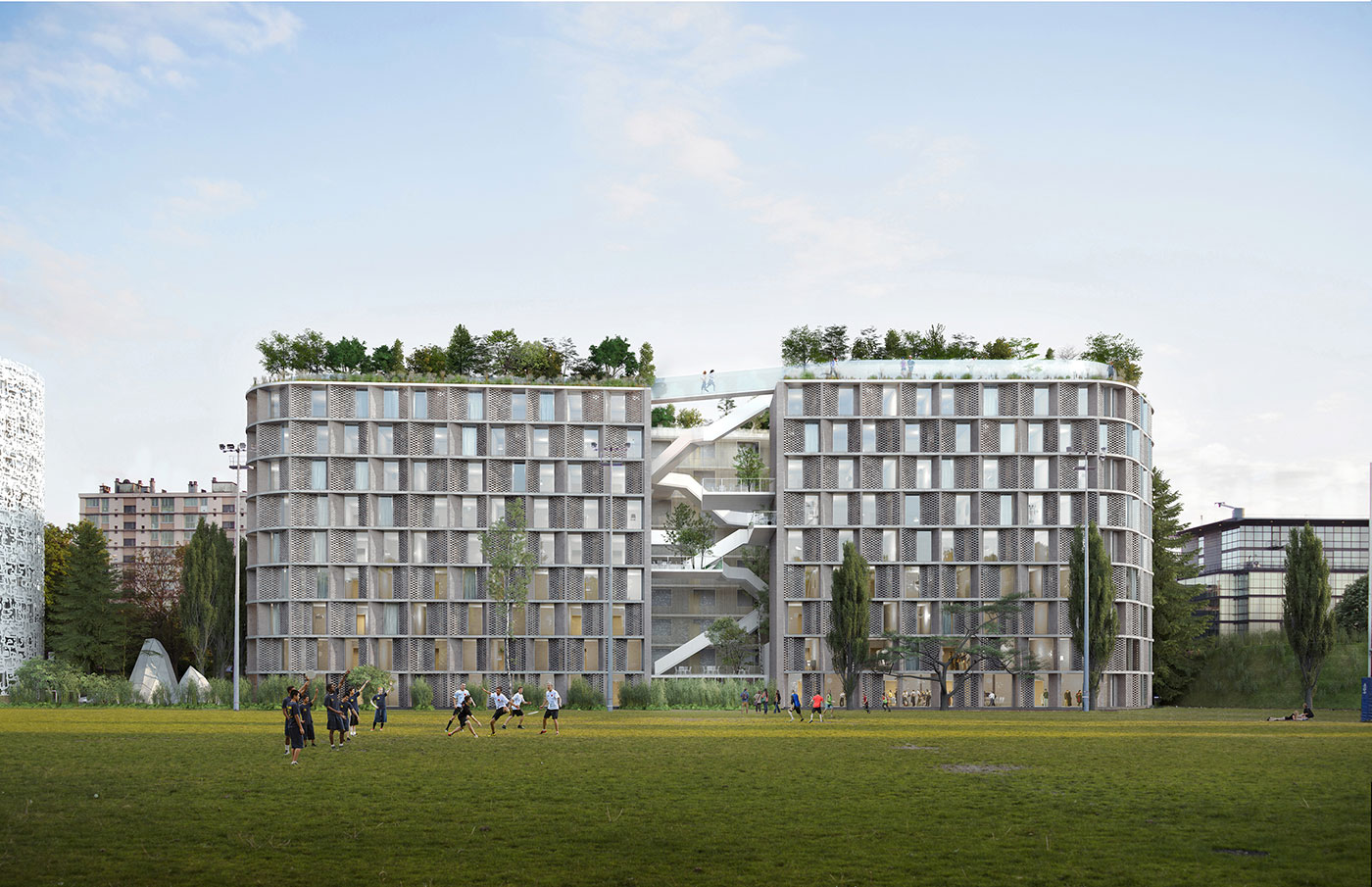 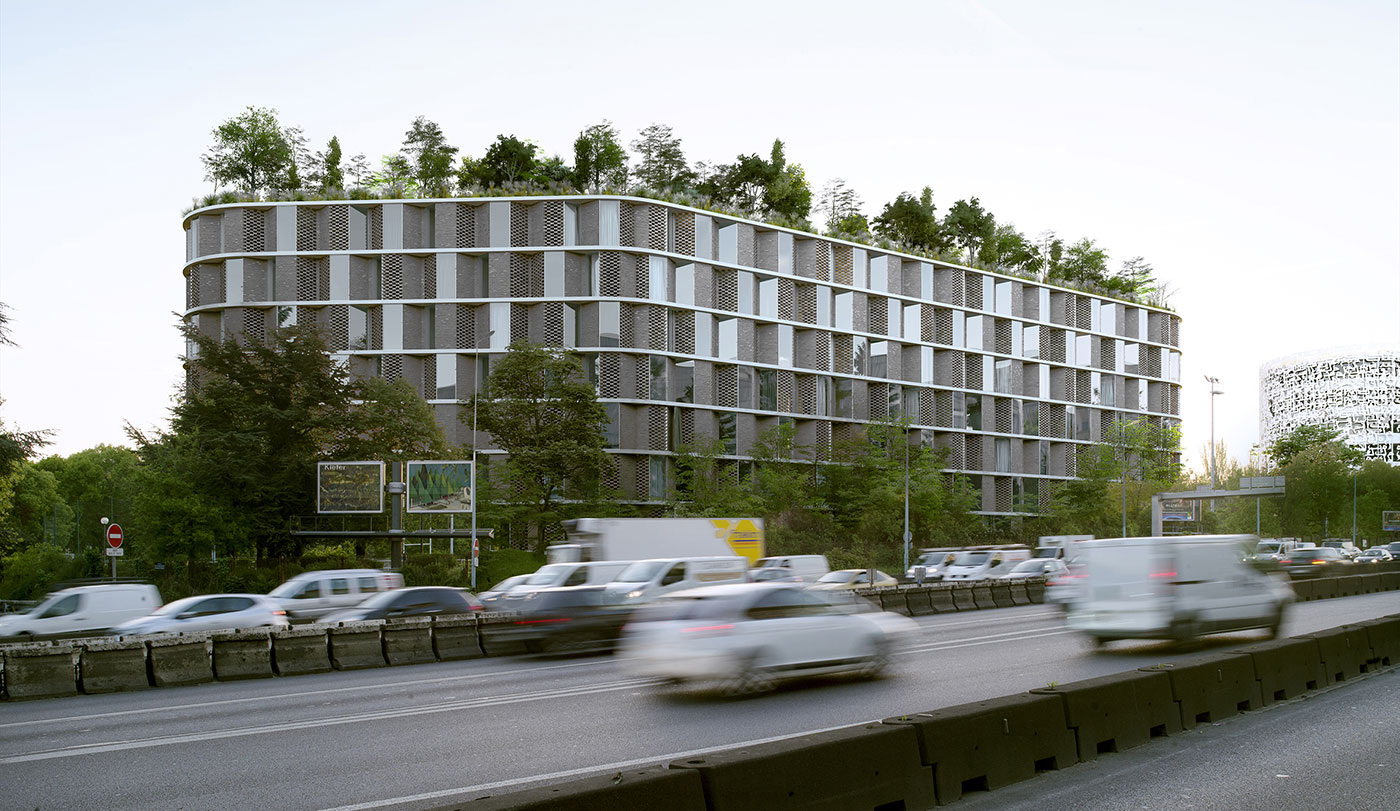 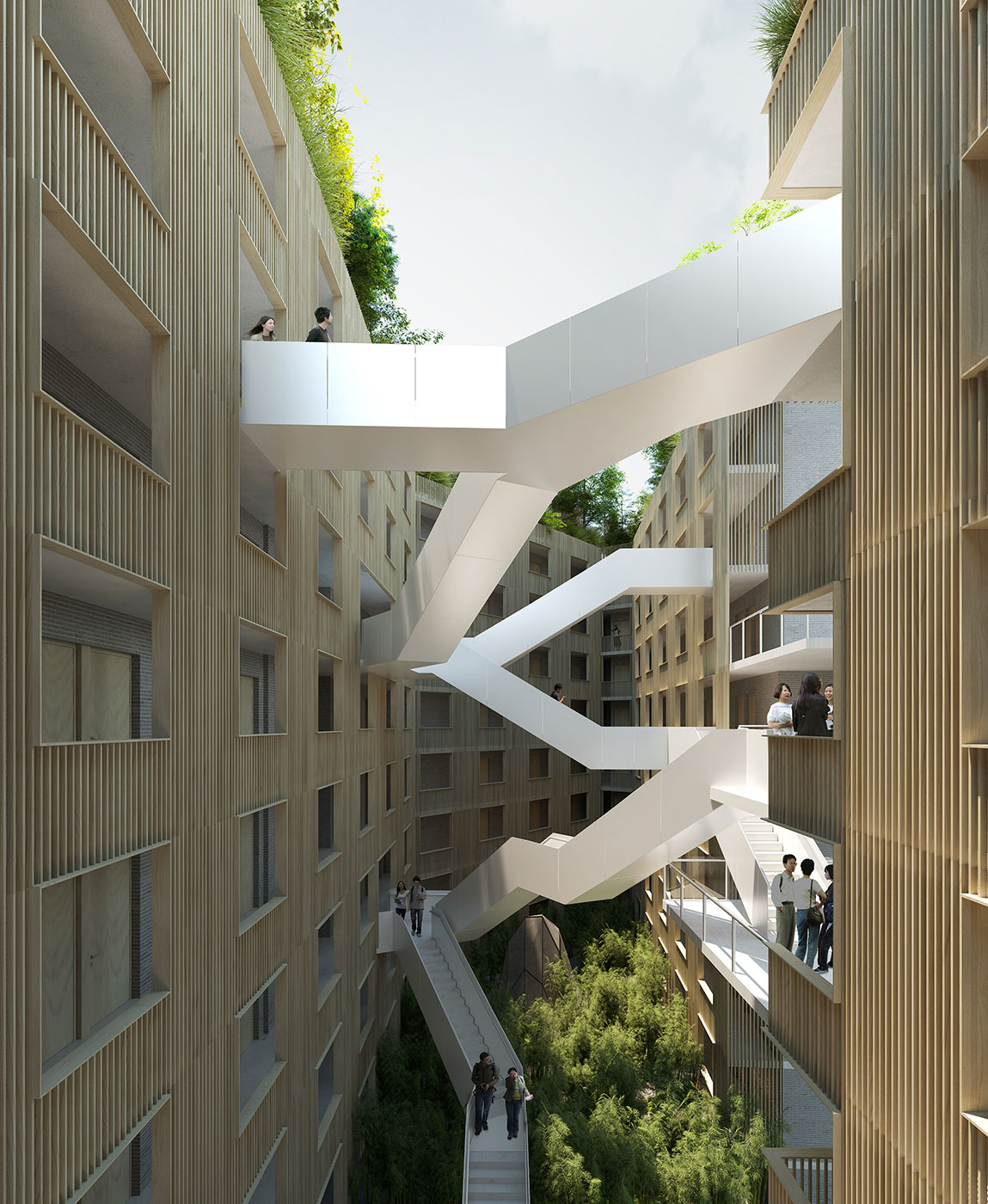 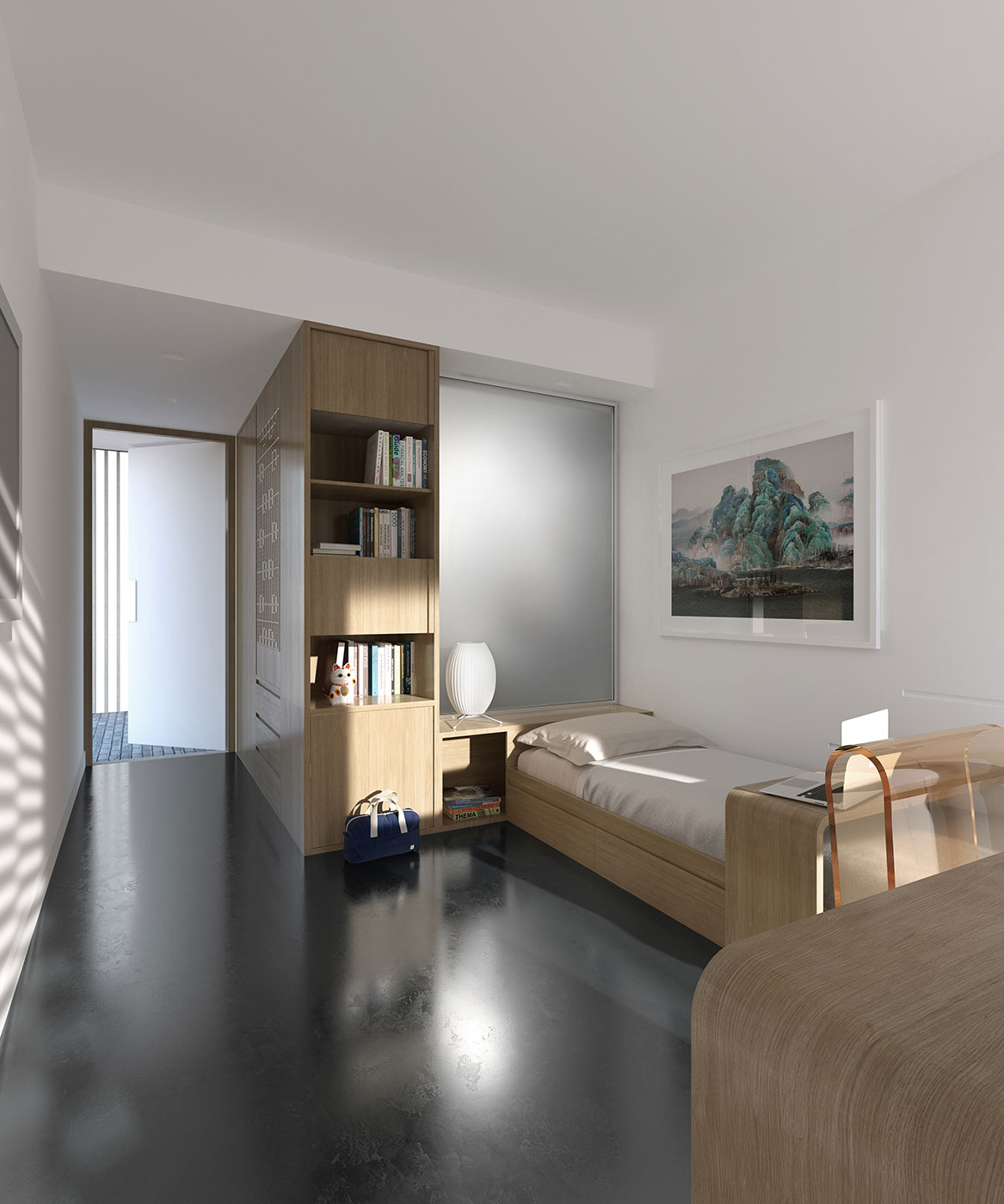 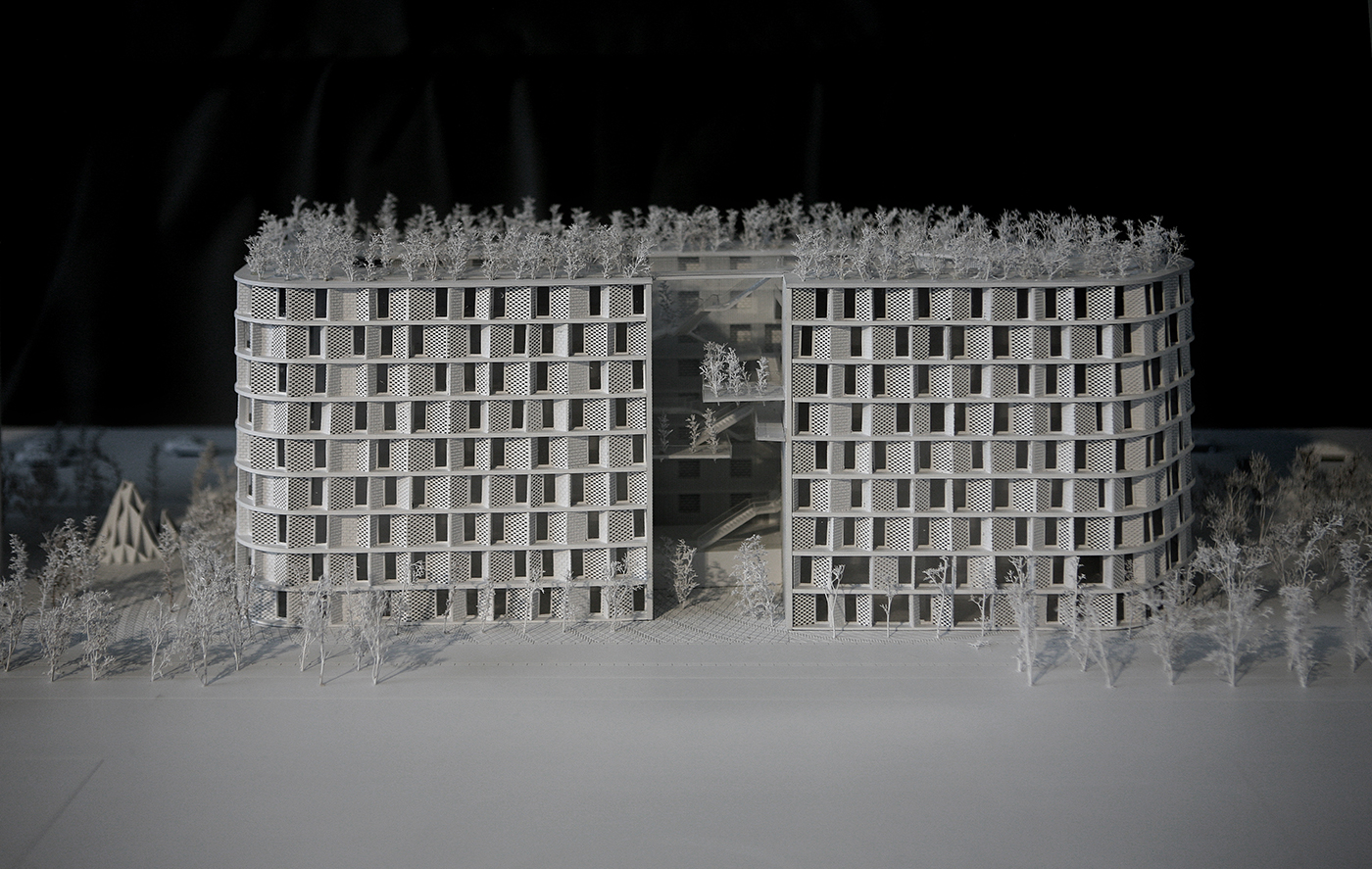 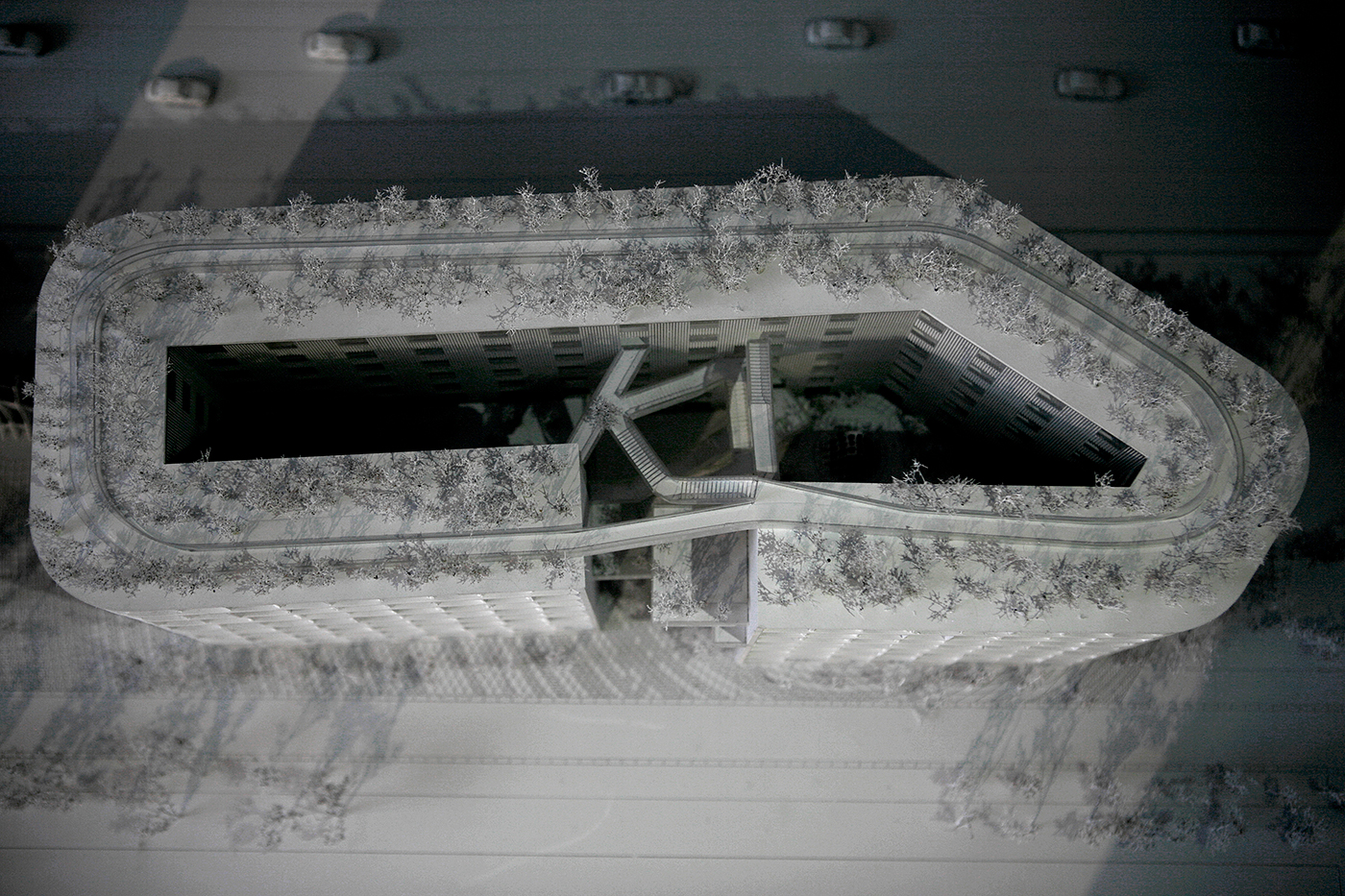 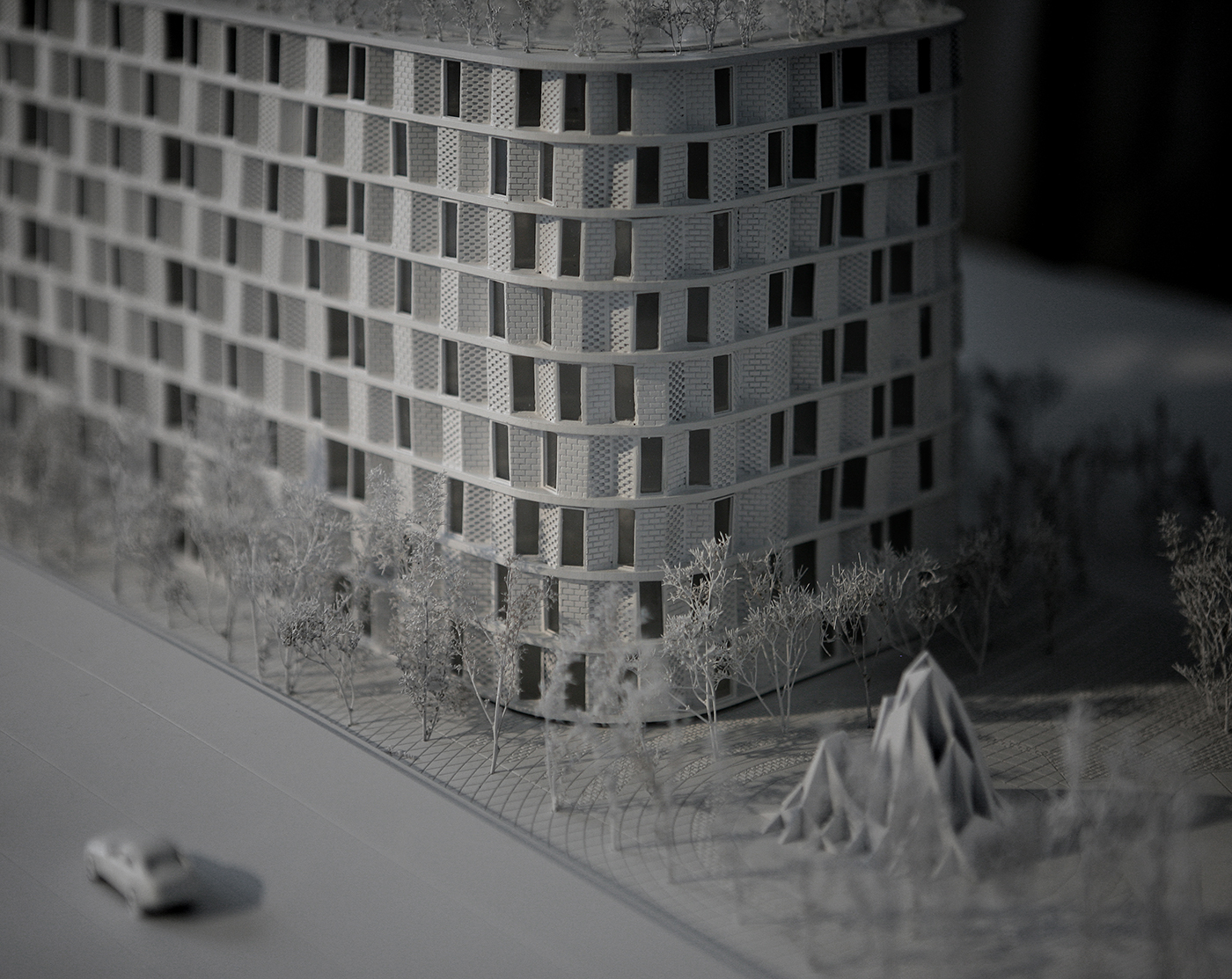 Located to the south of Paris between Parc Montsouris and the ring road, Cité Internationale Universitaire de Paris (CIUP) hosts nearly 12,000 students, researchers, artists and top athletes from around the world.

With the China Foundation, the Cité internationale universitaire de Paris continues the tradition of national pavilions. Together with the FCJZ studio, Coldefy has designed a building at the crossroads of French and Chinese cultures, in an architecture that reflects the dual sensibility of a firm based in both France and China. While the building conceptually and formally translates the convergence of the two countries, its facades resolve the complexity inherent in the plot: to the south, the sunshine and maximum visibility from the ring road, to the north, an unobstructed view of the Cité park.

The “Fondation de Chine” offers its future residents three hundred rooms, study rooms and communal foyers, in a building that brings together French and Chinese cultures through a contemporary interpretation free from pastiche. Its form is a fusion of two traditional typologies: the Chinese tulou and the dense Haussmannian block, built around an intimate inner courtyard and whose perimeter shape follows the surrounding roads. The China Foundation dialogues with its environment and, like the Haussmann building, is wrapped in vibrant facades. The transversal apartments open up to both the interior of the residence and the exterior.