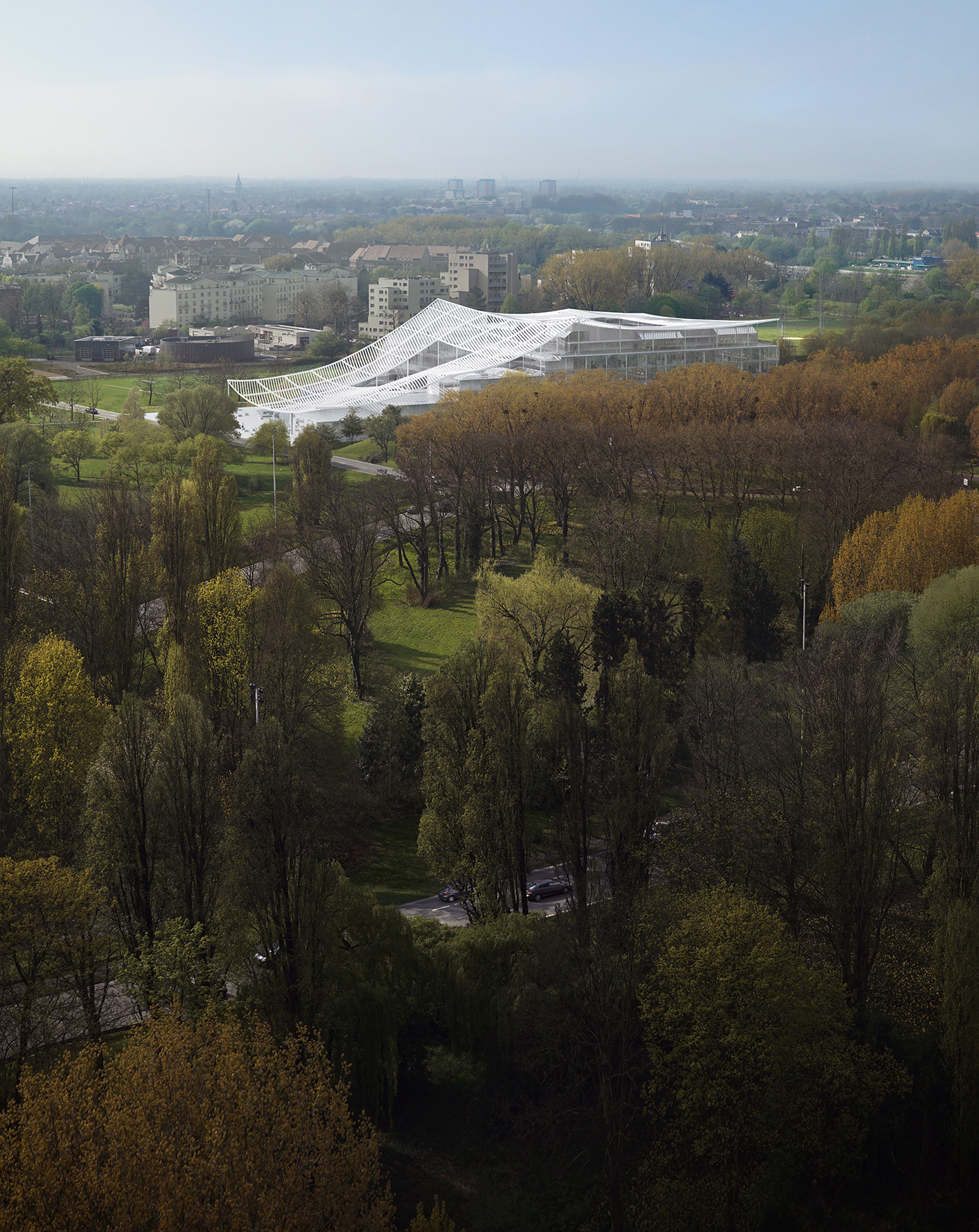 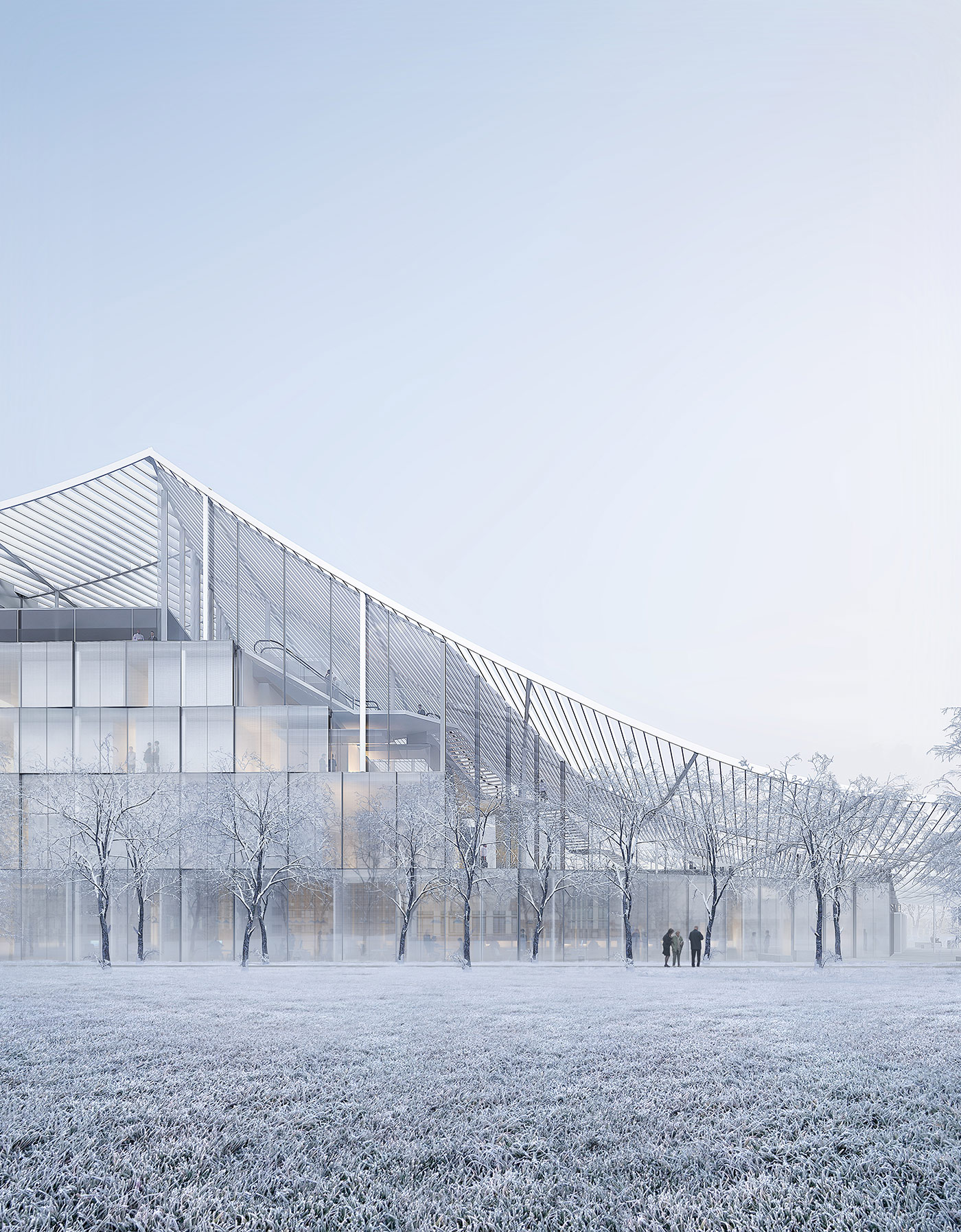 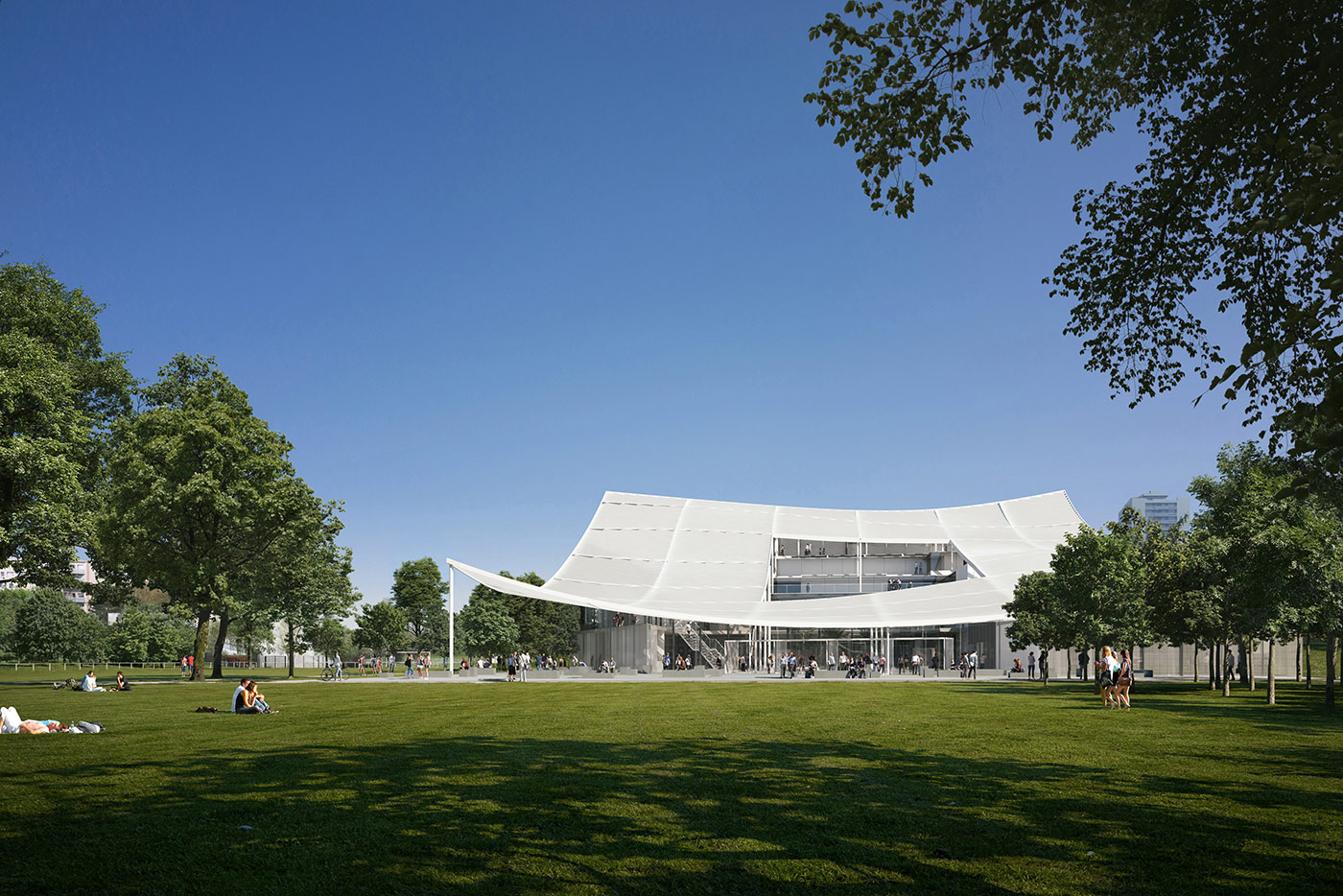 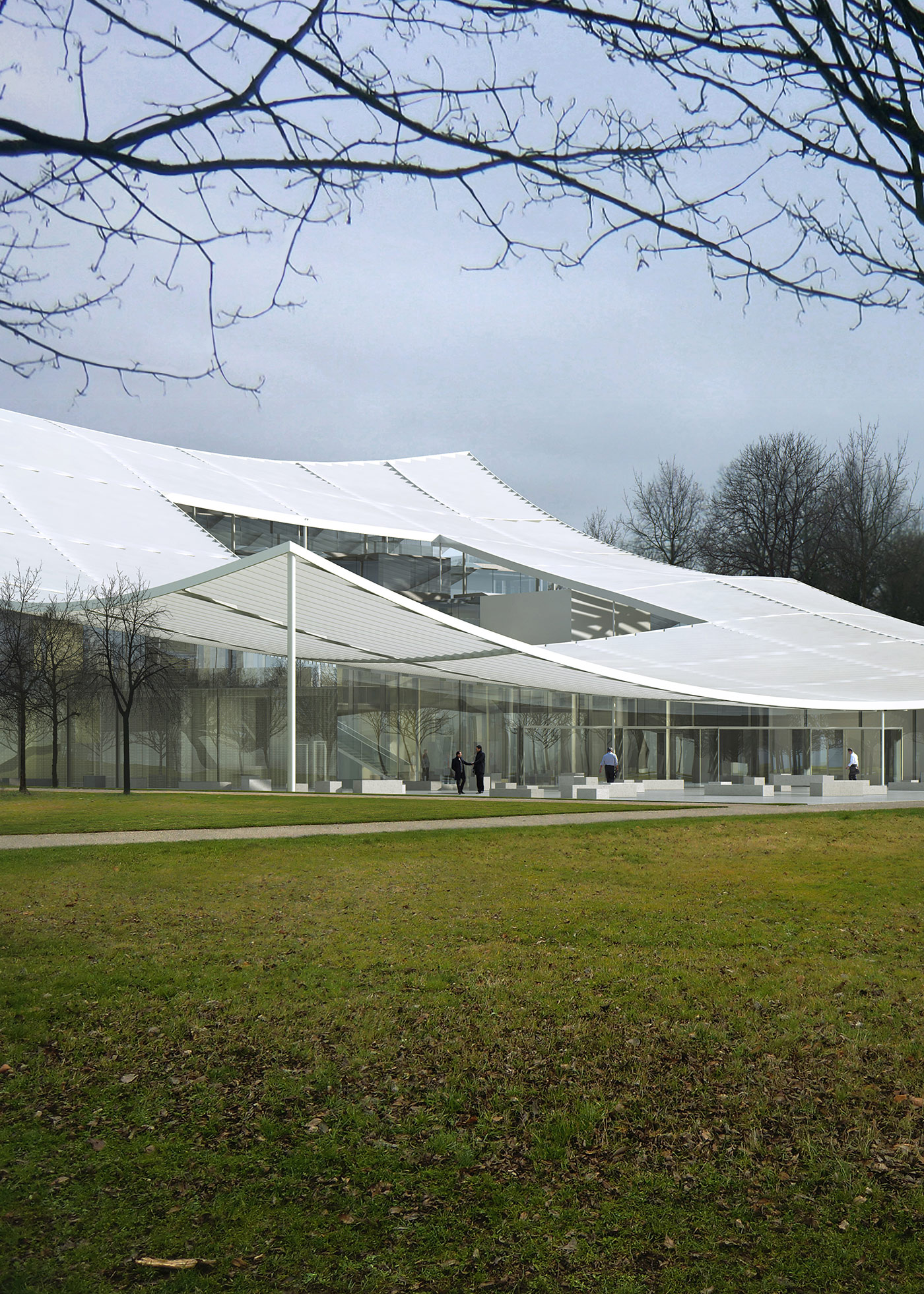 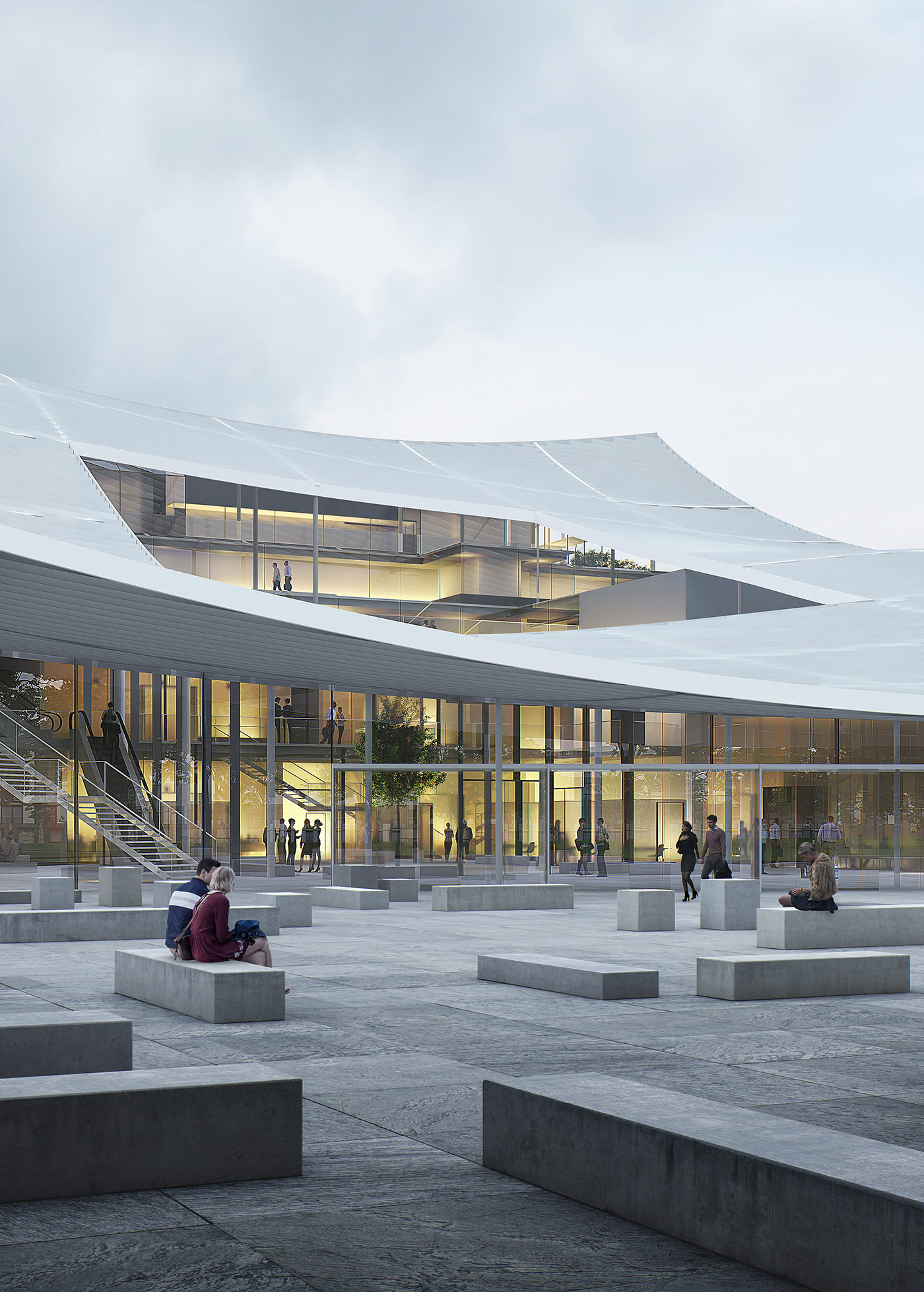 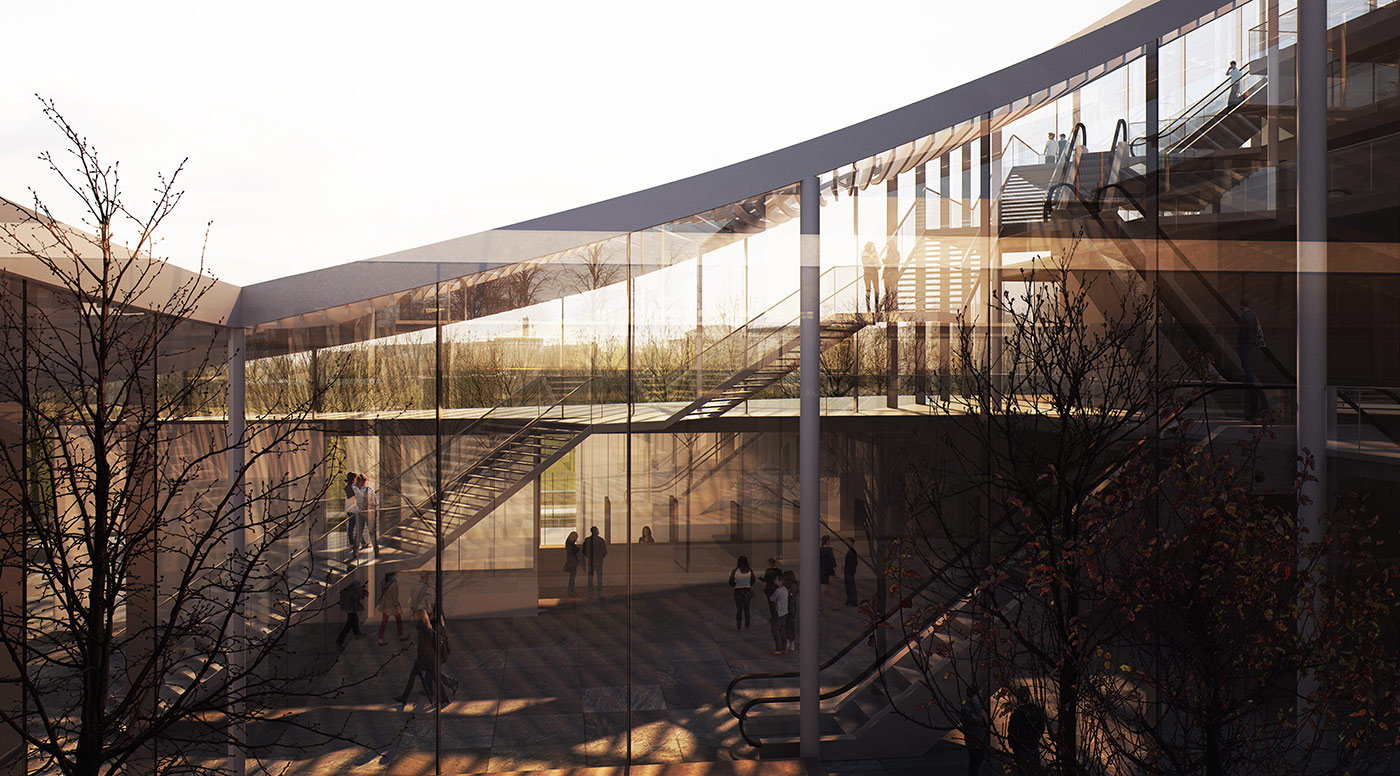 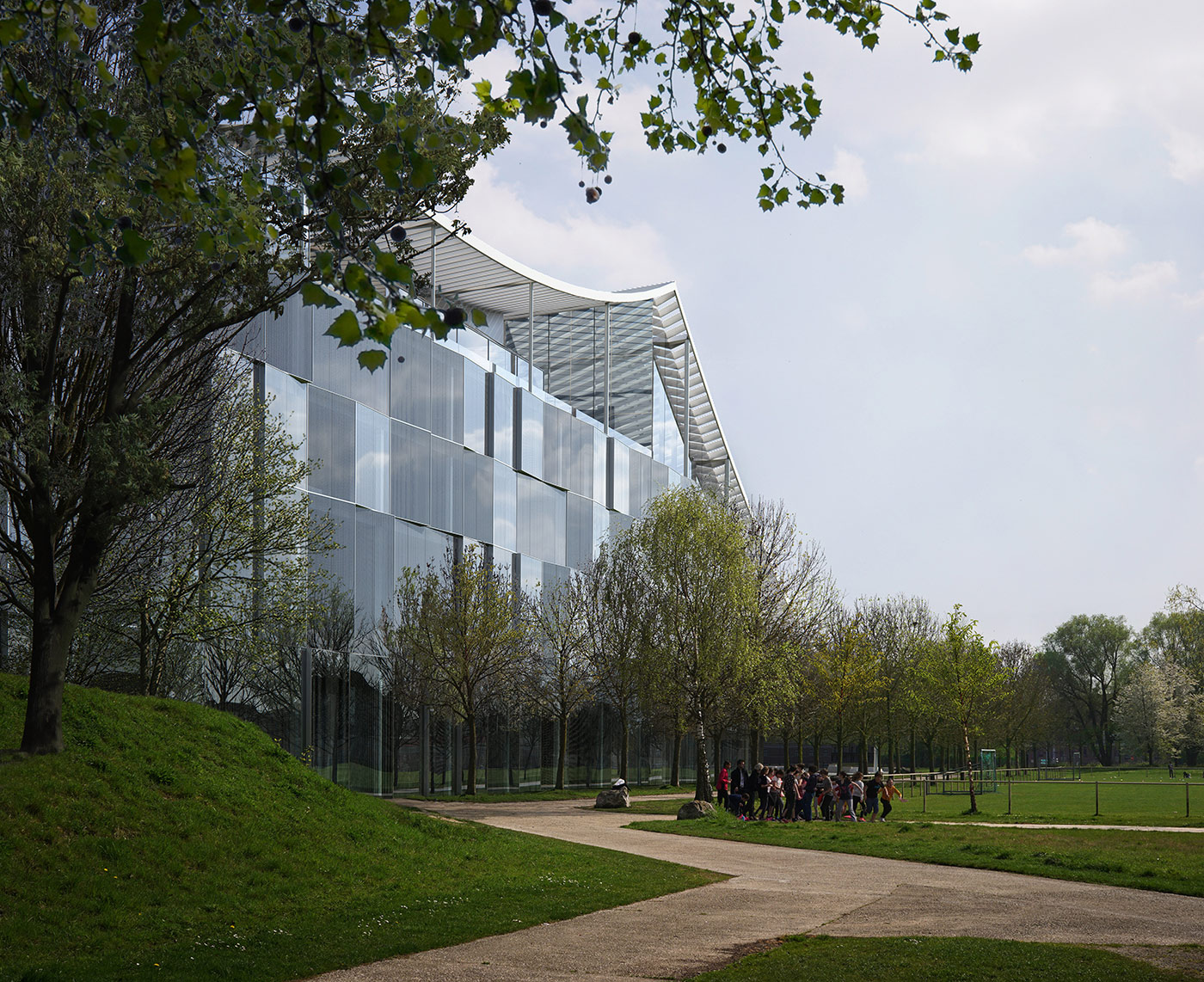 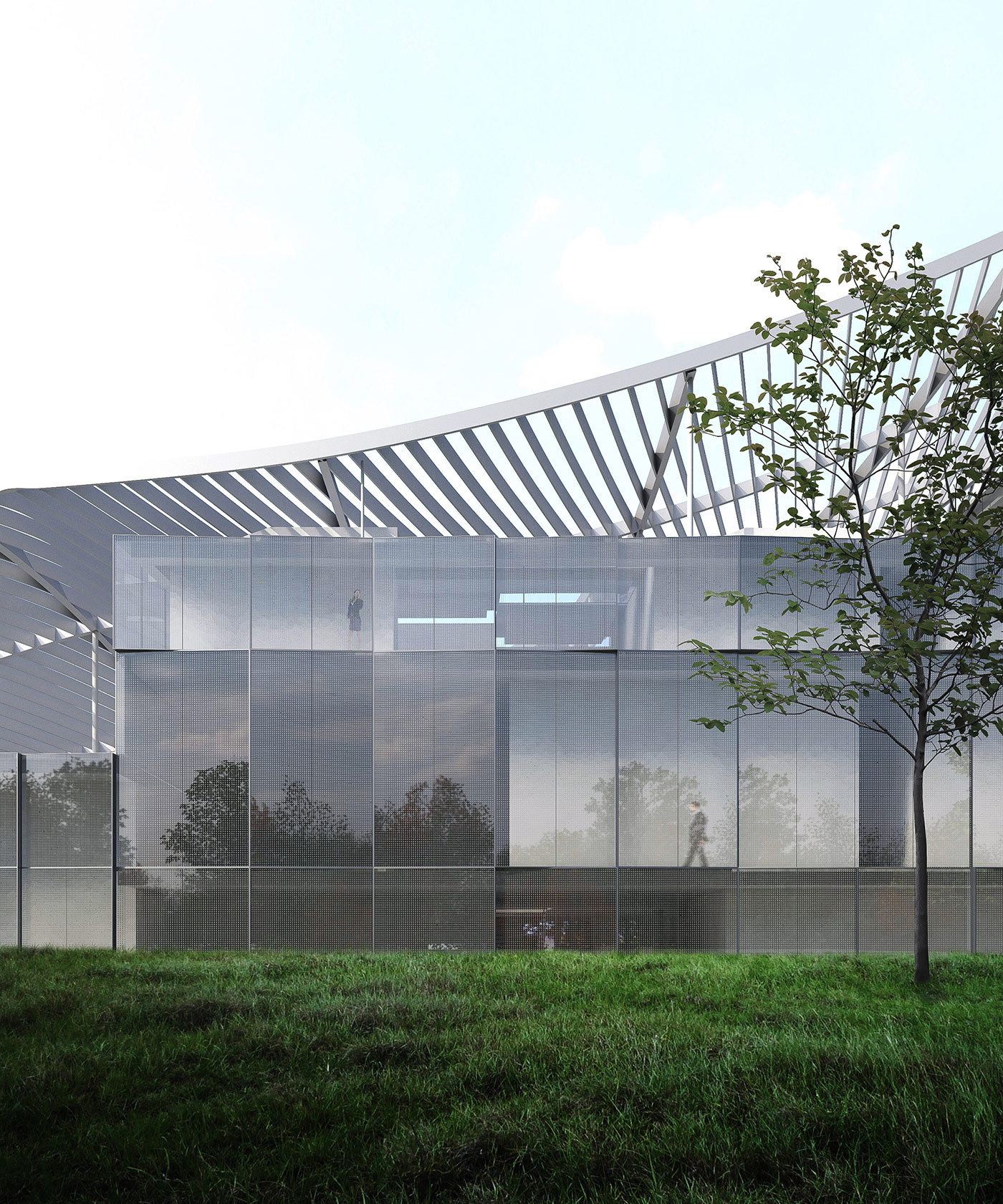 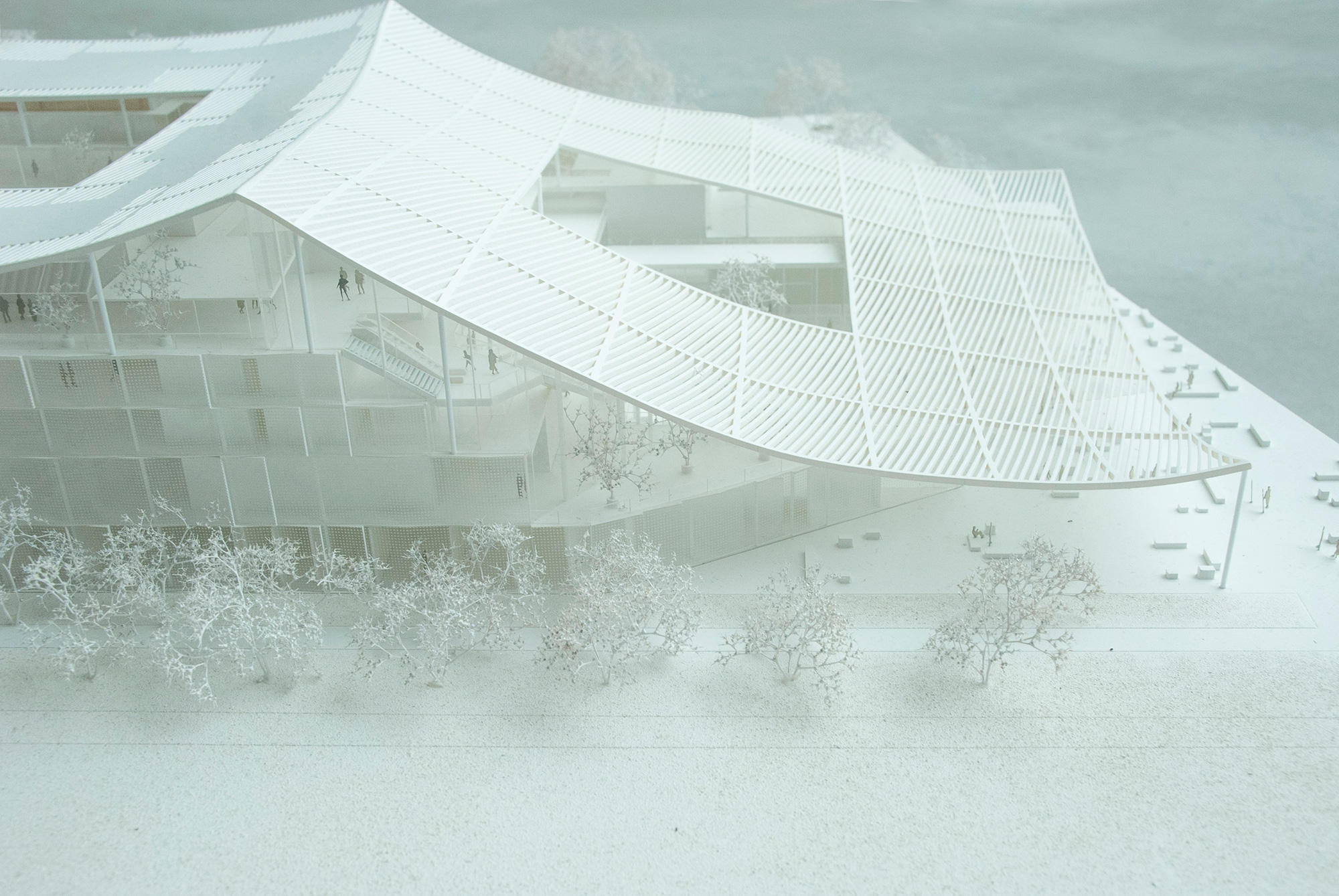 Considering the context of globalisation and lifestyle diversity, the role of the justice system is now to respond to the needs of each citizen while taking into account the characteristics of our current era.

The roof of the project symbolises society and provides a sense of belonging as well as a desire to live together. Its waves characterise its movements, and the nonlinear times in which each person fits. As a key constituent part of society, the justice system should be seen as a helping hand that people can use to improve themselves, to resolve their difficulties or to reach out to others, all the while maintaining optimism and hope that nothing is lost, or rather that everything is still possible.

The metal structure encompasses a village or a piece of city, under a soothing roof whose geometry reflects the surrounding landscape. Here, citizens are welcomed with the open arms of the forecourt. From afar, they can already see the building reaching out to them, to guide them, and accompany them as it leans and curves in over the entrance. The ground runs in a continuous line, with no break between the inside and the outside, no before or after, and no posture to be adopted when passing through the door. Here, everything is transparent, fluid and serene. It is a matter of being welcoming and standing as a symbol of a conviviality that reflects the Lille spirit, which is communicated through an architecture that is not just one building amongst many others, but a public space under the shelter of a roof.

The flagship function of the project, the legal courtrooms, was born of a desire for a justice system that is more accessible, closer to humanity, with simplified processes and procedures. It reflects the desire to position conciliation at the very heart of the judicial process by promoting mediation. It is thus this predominant function that formed the genesis of the project, in all its symbolism yet also its functional and volumetric structuring.